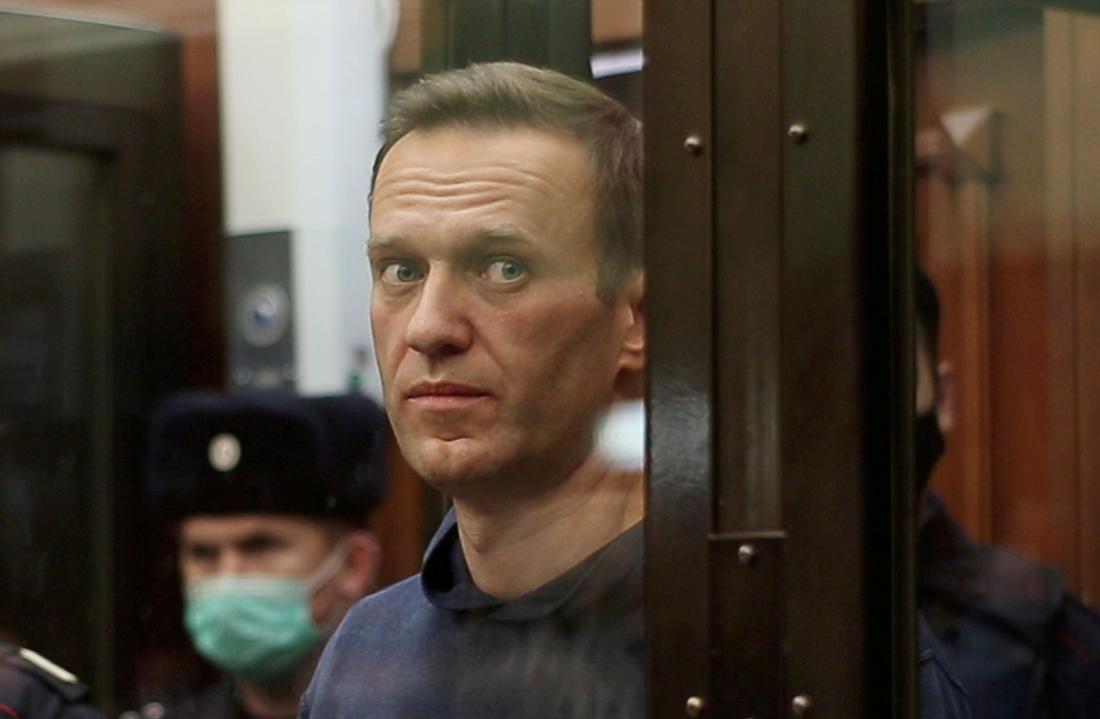 FILE PHOTO: A still image taken from video footage shows Russian opposition leader Alexei Navalny, who is accused of flouting the terms of a suspended sentence for embezzlement, inside a defendant dock during the announcement of a court verdict in Moscow, Russia February 2, 2021. Press service of Simonovsky District Court/Handout via REUTERS

Kremlin critic Alexei Navalny is sharing a quarantine cell in central Russia, allies said on Wednesday, revealing his location for the first time since he was moved from jail in Moscow last week to serve a 2-1/2 year sentence in a penal colony.

The whereabouts of Navalny, 44, had been a mystery since he left jail in Moscow.

His lawyer Vadim Kobzev told Reuters he had met Navalny at the Kolchugino jail in the Vladimir region northeast of Moscow. Navalny was feeling good despite hardship, Kobzev said.

TASS news agency, citing a law enforcement source, said Navalny was being held there for quarantine before his further transportation to the IK-2 penal colony, also in the Vladimir region.

The quarantine could last 15 days, it said.

On his twitter feed, Kobzev said Navalny was sharing the cell with two others, but was kept isolated from the outside world with no letters.

“There is nothing in the cell except a TV set. There is no refrigerator or even a tea-kettle.”

Activists have described conditions in the penal colony as particularly severe.

Navalny, who recuperated in Germany from what German authorities say was poisoning with a banned nerve agent, was arrested on his return in January and sentenced for parole violations that he says were trumped up.

His illness and imprisonment have sparked a diplomatic conflict between Russia and the West.