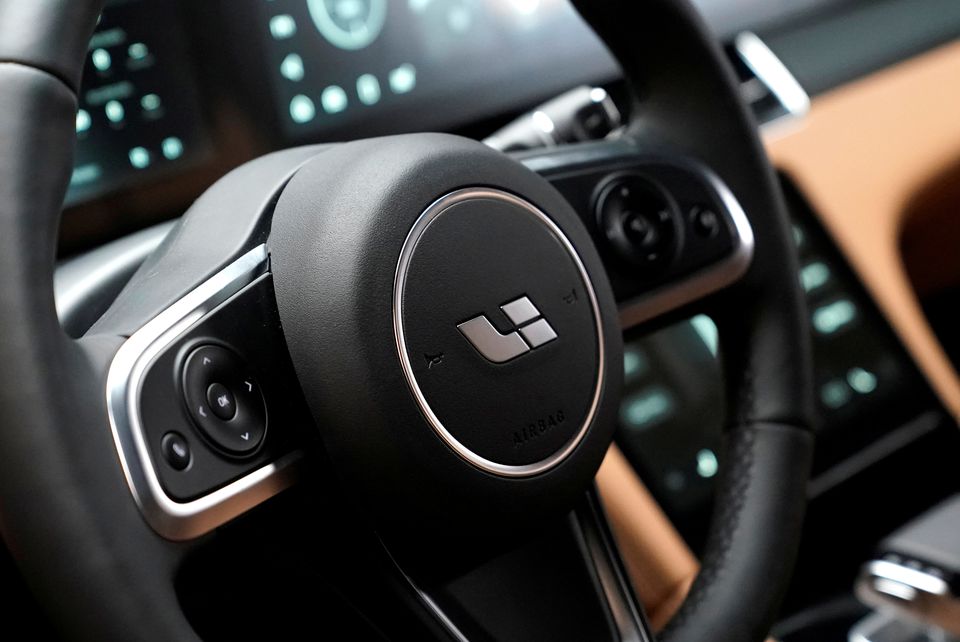 FILE IMAGE: The logo of Li Auto, formerly Lixiang Automotive, is seen on a steering wheel of a car at the company's showroom in Beijing, China, Jan. 3, 2020. (Reuters Photo)

The trio each aim to sell at least 5% of enlarged share capital in the Asian hub, the people said. Based on their New York market capitalisation on Monday, proceeds could reach $5 billion.

The companies have been working with advisors on the sales which could begin as early as mid-year, said one of the people, who declined to be identified due to confidentiality constraints.

The plans come as the trio increase capital raising efforts to fund technology development and expand sales networks, to better compete in the world's biggest EV market where U.S. peer Tesla Inc (TSLA.O) is boosting sales of its China-made vehicles.

This year is set to be crucial for EV makers to seize market share as the industry expects China sales of new-energy vehicles (NEVs) to jump almost 40% from last year to 1.8 million units.

"Despite much richer financial resources now compared with a year ago, EV start-ups still need to invest heavily in next-generation technology," said analyst Shi Ji at Haitong International. "Exploring a secondary listing much closer to their home market, if any, is a good move."

Selling shares in Hong Kong would also add the trio to a slew of New York-listed Chinese firms seeking a presence on more local exchanges amid Sino-U.S. political tension.

Li Auto and Xpeng went public in the United States mid-last year so will likely apply in Hong Kong for a dual primary listing, said three people with direct knowledge of the matter.

As per Hong Kong's dual primary listing rules, firms are subject to full bourse requirements in Hong Kong and a second exchange, but are not bound by the two-year condition.

"In the long run, it's helpful for consumer-focused companies like us to connect with domestic capital markets and domestic investors," Xpeng President Brian Gu told Reuters last week, declining to comment on any Hong Kong listing plan.

"This is the direction we should pay attention to."