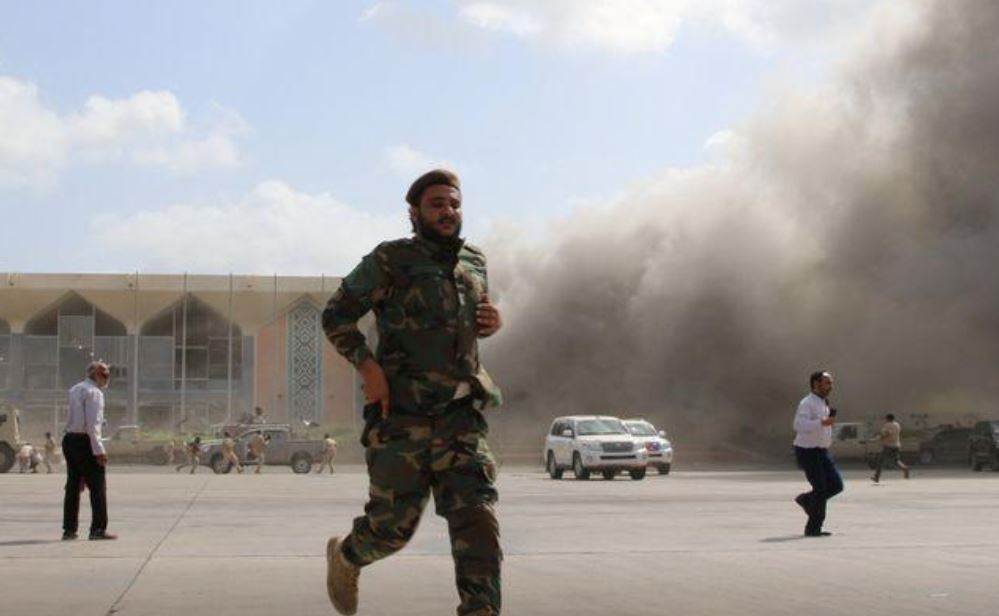 WASHINGTON: An investigation by a U.N. team of experts found Yemen’s Houthis were responsible for a Dec. 30 attack on Aden airport that killed at least 22 people as members of the country’s internationally recognised government arrived, two diplomats familiar with the matter said on Monday.

The experts presented their report to the U.N committee that oversees Yemen-related sanctions during closed consultations on Friday, but Russia blocked its wider release, the diplomats said. They asked for anonymity because of the sensitivity of the matter.

The Iran-aligned Houthis denied responsibility for the attack when it took place.

The diplomats did not elaborate on why Russia blocked the release of the findings. The Russian mission to the United Nations did not respond immediately to a request for comment.

The report comes at a sensitive time for new U.S. President Joe Biden as his administration and the United Nations press the Houthis to accept a peace initiative that includes a ceasefire.

The U.N. expert panel determined that the Houthis launched missiles at Aden airport from two locations that were under the movement’s control at the time, the airport in Taiz and a police station in Dhamar, the diplomats said.

The experts found that the missiles were the same kind as those used previously by the Houthis, they said.

The missiles landed as members of President Abd-Rabbu Mansour Hadi’s government arrived at the airport to join separatists who control the southern port city in a new cabinet as part of a Saudi effort to end feuding between its Yemeni allies.

At least 22 people died and dozens more were injured in the attack.

No Cabinet minister was killed, but the dead included government officials and three International Committee of the Red Cross staff members.

During Friday’s briefing to the sanctions committee, the diplomats said, the experts said the missile launches from the two Houthi-controlled locations were coordinated.

When asked if any other party could have been responsible, they replied that all evidence indicated that no other Yemeni faction had the ability or the technology to stage such an attack, the diplomats said.