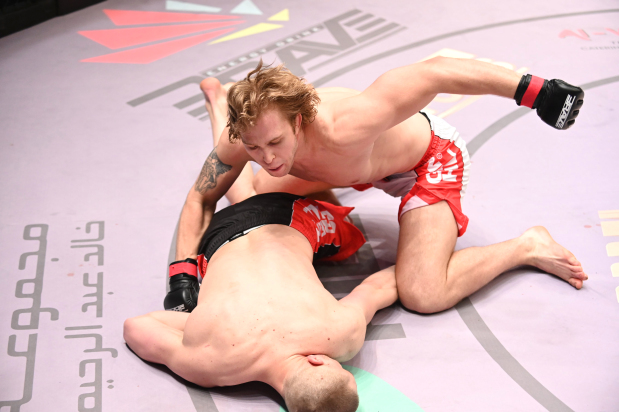 Anton Turkalj needed only 13 seconds to enter the history books at BRAVE Combat Federation. In a historic event for the fastest-growing MMA organisation, the Swede went viral with the fastest knockout in company history.

After luring Kostantin Soldatov into his range and throwing a high kick, Turkalj immediately followed up with a spinning-back fist that caught his opponent on the button, immediately knocking him out.

He pulverised the previous record, which stood for almost three years and was set at 29 seconds – Djamil Chan’s one-punch KO of Alejandro Martinez at BRAVE CF 14, in Morocco, in August of 2018.

After footage of the knockout went viral with Turkalj’s immediate cage exit also making the news, BRAVE Combat Federation has released an even more intriguing angle of the record-breaking moment.

It’s referee Declan Larkin’s point of view of the stoppage, as BRAVE CF takes fans inside the cage for the 13 seconds it took for Anton to connect with the fist, knock Soldatov out and leave the cage with his third victory in as many BRAVE CF appearances.

The KO victory has positioned Turkalj as one of the top Light Heavyweights on the BRAVE CF roster, and he has made the most of the time on the spotlight calling for a title shot in his next outing.

All 16 bouts of BRAVE CF 50 are available for viewing free through registration at bravecftv.com.