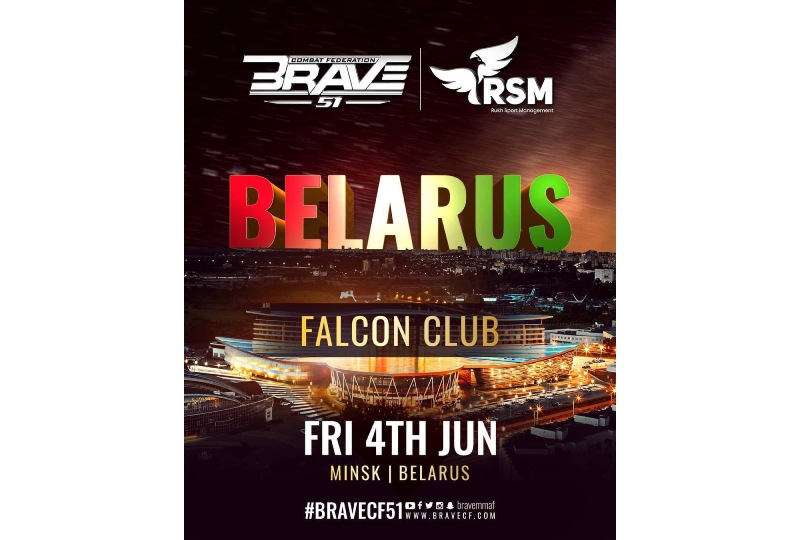 But the truly global promotion has no plans of slowing down and has already announced its next fight night and its new destination.

BRAVE CF 51 is set to take place in Minsk, Belarus, on June 4, in association with Rukh Sport Management.

The Eastern European country will be the 22nd host-nation of a BRAVE Combat Federation card, which extends even further the record of most countries visited for a promotion in its early years.

The fight night is expected to feature some of the biggest BRAVE CF international stars and a wide array of local and regional stars, to empower the local scene and provide them with a global platform to showcase their talents.

BRAVE CF 51 will be the sixth fight card promoted by BRAVE Combat Federation this year. The promotion kicked off the calendar year with its 46th edition, in Sochi, Russia, on January 16.

Between March and April, the organisation put together four consecutive cards in Kombat Kingdom, culminating in the historical BRAVE CF 50.