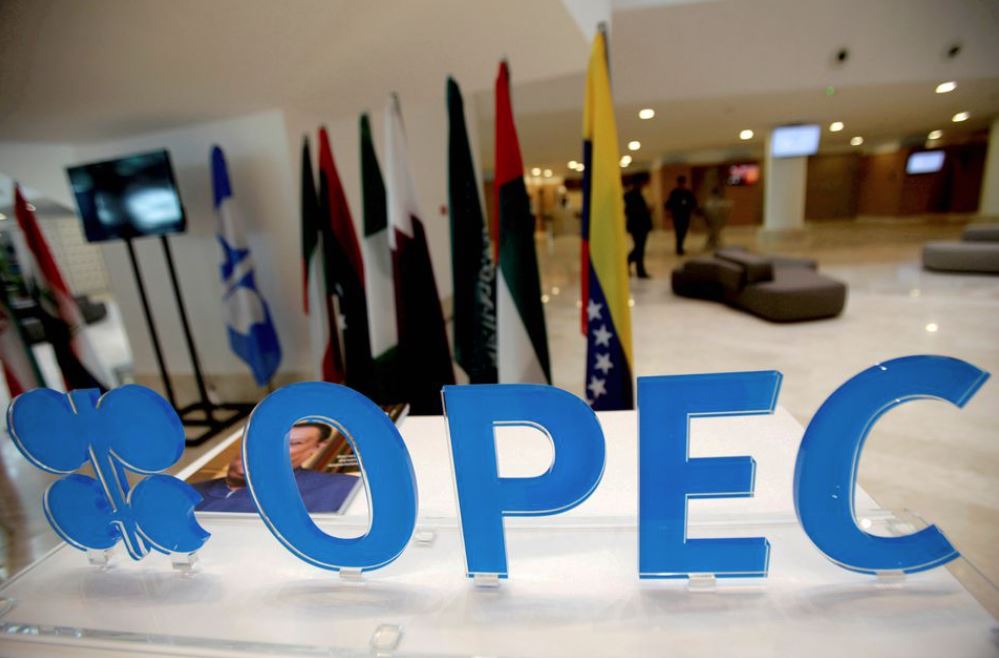 The OPEC logo pictured ahead of an informal meeting between members of the Organization of the Petroleum Exporting Countries (OPEC) in Algiers, Algeria, September 28, 2016. (Image credit: Reuters)

OPEC on Tuesday raised its forecast for growth in world oil demand this year on expectations the pandemic will subside, providing help for the group and its allies in their efforts to support the market.

Demand will rise by 5.95 million barrels per day (bpd) in 2021, or 6.6 per cent, the Organization of the Petroleum Exporting Countries forecast in its monthly report. That is up 70,000 bpd from last month.

"As the spread and intensity of the Covid-19 pandemic are expected to subside with the ongoing rollout of vaccination programmes, social distancing requirements and travel limitations are likely to be scaled back, offering increased mobility," OPEC said in the report.

The upward revision marks a change of tone from previous months, in which OPEC has lowered demand forecasts because of continued lockdowns. A further recovery could bolster the case for OPEC and its allies, known as OPEC+, to unwind more of last year's record oil output cuts. read more

Oil gained further towards $64 a barrel after the report was released on Tuesday. Prices have risen to pre-pandemic highs above $70 this year, boosted by anticipation of economic recovery and OPEC+ supply restraint.

OPEC made a small upward revision in its 2021 demand projection last month, but it has steadily lowered the forecast from 7 million bpd expected in July 2020.

The group raised its forecast of 2021 world economic growth to 5.4 per cent from 5.1 per cent, assuming the impact of the pandemic is "largely contained" by the beginning of the second half of the year.

"The global economic recovery continues, significantly supported by unprecedented monetary and fiscal stimulus," OPEC said. "The recovery is very much leaning towards the second half of 2021."

OPEC+ agreed on April 1 to ease oil output cuts gradually from May, after the new US administration called on Saudi Arabia to keep energy affordable for consumers.

The report also showed higher OPEC oil output already as Iran, exempt from making voluntary cuts because of US sanctions, pumped more in March, driving a 200,000 bpd rise in the group's output to 25.04 million bpd.

OPEC+ cut supply by a record 9.7 million bpd last year to support the market as demand collapsed. Most of those curbs remain in place even after the April 1 decision. OPEC+ holds its next policy meeting on April 28.

Rival producers are also boosting supply, although OPEC left its forecast of non-OPEC output growth in 2021 steady at almost 1 million bpd and still sees US shale output, which often recovers in response to higher prices, declining.

With higher demand and steady non-OPEC supply, OPEC raised its estimate of global demand for its crude to 27.4 million bpd this year, up 200,000 bpd from last month and allowing for higher average OPEC production in 2021.