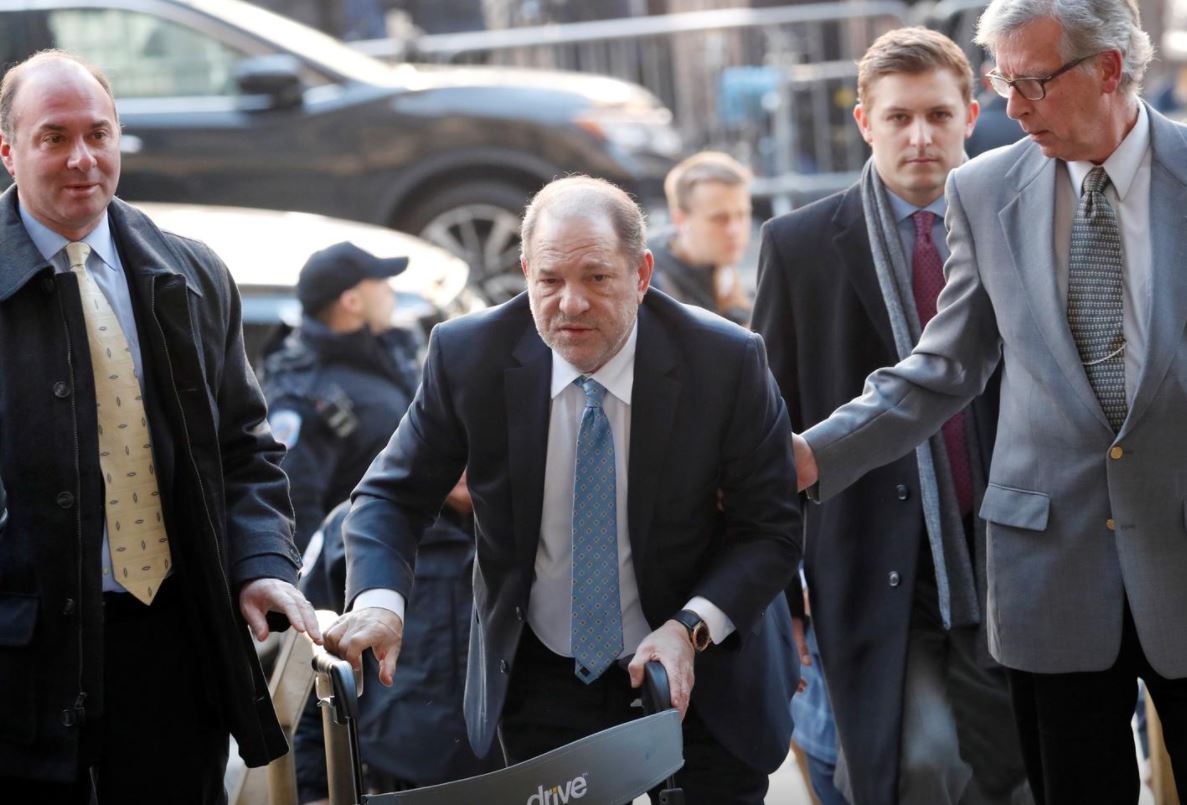 Harvey Weinstein has been indicted in California on sexual assault charges, one of his lawyers said on Monday, as the former Hollywood movie producer appeared in a New York court proceeding over whether to extradite him.

The 69-year-old Weinstein wore a collarless rust-colored shirt as he appeared from the Wende Correctional Facility near Buffalo by video before Erie County Court Judge Kenneth Case.

California’s criminal case against Weinstein covers alleged attacks on five women from 2004 to 2013 in the Los Angeles area, and announced last year.

Weinstein has denied having non-consensual sex with anyone.

Norman Effman, a public defender representing Weinstein, asked that his client be arraigned on the indictment virtually in New York rather than extradited so he could get necessary medical treatment, including scheduled eye and dental surgery.

Effman said Weinstein, a diabetic, is “almost technically blind at this point,” and also suffers from cardiac and back problems.

The Los Angeles County district attorney’s office did not immediately respond to a request for comment.

Weinstein’s indictment was reported earlier by the Los Angeles Times.

Another hearing is scheduled for April 30.

The conviction of Weinstein was seen as a watershed moment in the #MeToo movement against sexual abuse and harassment by men, including many like Weinstein who once held powerful jobs and influence.

If convicted in California, Weinstein could spend the rest of his life in prison even if his New York conviction were overturned.

“These are stale, unsubstantiated, uncorroborated, uncredible allegations that arose during the hysteria of the #MeToo movement,” Weinstein’s criminal defence lawyer Mark Werksman said in a statement. “We’re confident that Mr Weinstein will be acquitted because there’s no credible evidence against him. He’s innocent.”

Los Angeles’ district attorney first sought Weinstein’s extradition last July, but it has been delayed by the coronavirus pandemic.