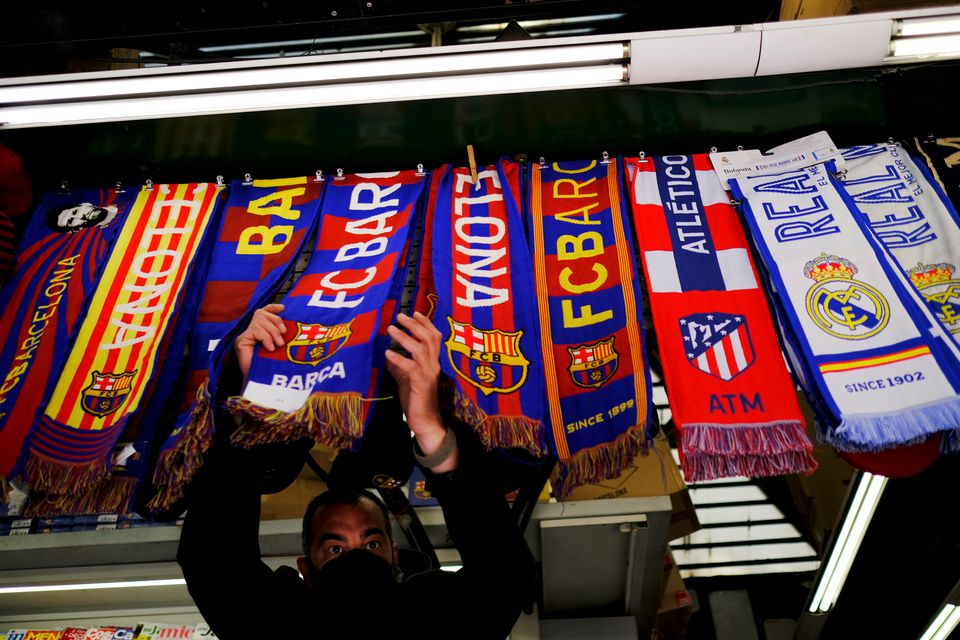 A number of high-profile players across Europe, including Manchester United midfielder Bruno Fernandes and Paris St-Germain's Ander Herrera, expressed their opposition on Monday to a planned breakaway European Super League.

The duo, alongside others including Mesut Ozil, Dejan Lovren and Ada Hegerberg, as well as former players Luis Figo and Bastian Schweinsteiger reiterated criticism of proposals announced on Sunday.

Twelve teams, including six from England, intend to create and govern their own European competition, much to the incredulity of fans and leagues across the continent. read more

Both Manchester United's Fernandes and Manchester City's Joao Cancelo added a post from Portugal teammate and Wolverhampton Wanderers striker Daniel Podence, who criticised the idea, to the stories on their Instagram accounts.

Fernandes added the comment "dreams can't be bought" with applause and heart emojis, while Cancelo wrote "my guy" and accompanied the story with an applause emoji, before later deleting the post.

Herrera, whose French club are not among the 12 founding members, said the project would kill the dreams of fans across the globe.

"If this European Super League advances, those dreams are over, the illusions of the fans of the teams that are not giants of being able to win on the field competing in the best competitions will end," the ex-Manchester United player tweeted.

"I believe in an improved Champions League, but not in the rich stealing what the people created, which is nothing other than the most beautiful sport on the planet."

Ex-Real Madrid, Barcelona and Inter Milan midfielder Figo - whose former clubs have all signed up to the Super League - was equally scathing.

"This so called 'Superleague' is anything but 'Super'," the Portuguese said.

"This greedy and callous move would spell disaster for our grassroots, for women’s football, and the wider football community only to serve self-interested owners, who stopped caring about their fans long ago, and complete disregard for sporting merit. Tragic," he wrote on Twitter.

Schweinsteiger, who won the Champions League in 2013 with Bayern - one of the major European clubs not involved in the new league - and also played for Manchester United, said the proposals threatened to kill off the game domestically.

"If the Super League will be realised, it will destroy football with its national leagues as we know it," he said.

"Football will be in the near future on a brink of complete collapse. Nobody is thinking about the bigger picture, only the financial side," the Croatia defender wrote on twitter.

"I still believe we can solve this unpleasant situation."

GREED IS NOT THE FUTURE

"Then I got to win five of them and become the all-time leading goalscorer. It's legacy. It's the past, present, and future, so is meritocracy in sports. Greed is not the future."