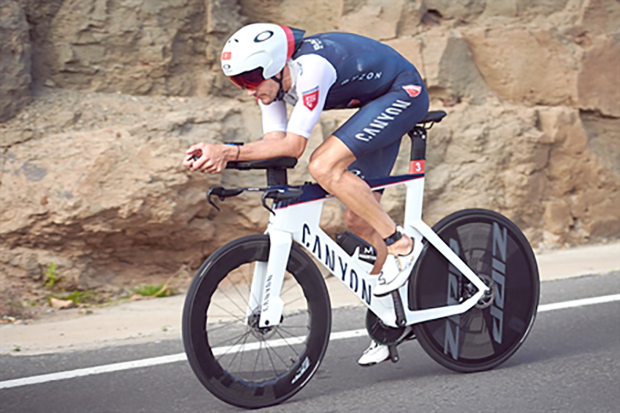 MADRID: Bahrain Endurance 13’s Jan Frodeno has clinched the crown at Challenge Gran Canaria over the half iron distance.

After topping the field at Challenge Miami last month to knock off the rust, the German continues to hone his racing instincts and strategy by racing where and when he can.

Frodeno emerged from the 1.9km swim inside a strong front bunch.

While he and four other competitors broke away early on the 90km non-drafting bike leg, the field had bunched up again at the bike-to-run transition.

After having the other athletes nipping at his heels throughout the race, Frodeno finally put his foot down over the half marathon to stamp his ultimate dominance.

He stopped the clock in 3:41:21, falling over in exhaustion at the finish line but more than a minute ahead of everyone else.

“I can’t remember suffering this much,” he recounted post-race.

“I think I overpaced a little bit on the bike which got me a little gap, but I was suffering on that run. It got hot, it was uneven, it was un-rhythmical, it was all those things.

“Well, all those things I came here for, but I’m so grateful that we can race and we can have a piece of normality in these crazy days.”

Starting the hilly bike leg, Frodeno, Heemeryck and Laidlow broke away, but by 12km were caught by Giulio Molinari and Dapena Gonzalez.

Soon thereafter Mattia Ceccarelli of Italy joined the lead pack while Laidlow crashed and lost touch. In the final kilometres Germans Andi Boecherer and Nils Frommhold charged into the leading slipstream so seven men started the run in a pack of seven.

After 4k of the run, Frodeno broke into a one-minute lead on Gonzalez Dapena, followed by Boecherer (+1:14), followed closely by Molinari, Lange, Kastelein, and Heemeryck. Shortly thereafter, Lange and Kastelein broke away from the slower chasers, advancing on Gonzalez Dapena.