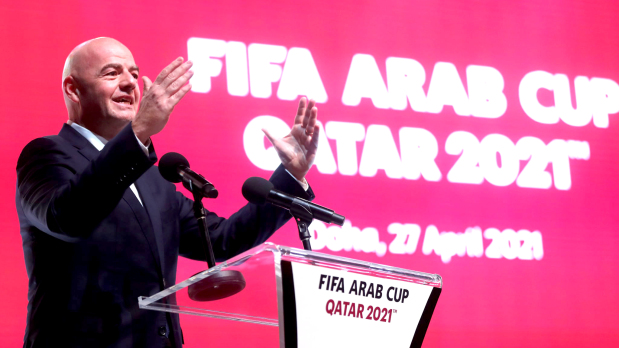 DOHA: African powerhouses Egypt and Algeria were drawn in the same group yesterday for the inaugural Arab Cup, an event which will take place in December and serve as a dress rehearsal for the 2022 World Cup in Qatar.

Bahrain will face hosts Qatar and Iraq in Group A if they beat Kuwait in a qualifying match.

The winners of the qualifying game between Oman and Somalia will also make it to Group A.

The tournament will start on Dec. 1, with the final to be held on Dec. 18, exactly one year before the 2022 World Cup final.

The Arab Cup will be played in six venues in Qatar, all developed and built for the 2022 World Cup, two fewer than will be used for next year’s showpiece event.

The draw, which took place in a sparsely-attended Katara Opera House in Doha to adhere to Covid-19 protocols, separated teams into four groups of four, with the lowest ranked of the competitors having to qualify to reach the group stages.

Egypt, African Cup of Nations champions seven times, will play Algeria, who won their second title in Egypt in 2019, and the winner of Lebanon’s qualifier against Djibouti, while Libya face Sudan for the last spot in the group.

The Fifa Confederations Cup, which normally acts as the World Cup prelude, will not happen this time around.