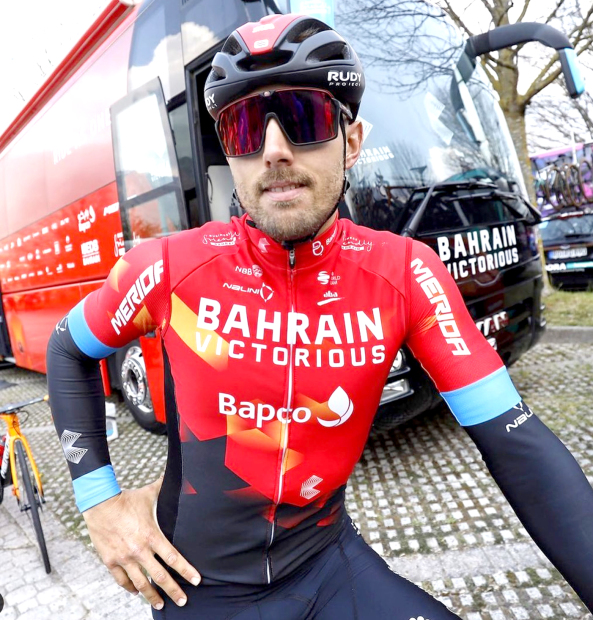 Sonny Colbrelli of Team Bahrain Victorious sprinted to victory on the second stage of the Tour de Romandie yesterday as peloton heavyweights Chris Froome and Peter Sagan slipped off the pace.

Colbrelli celebrated his first win of the year after edging out New Zealand’s Patrick Bevin and Marc Hirschi of Switzerland on the 165km-run between La Neuveville and Saint-Imier.

“Yesterday was for (Peter) Sagan, today it worked for me and I’m happy,” said 30-year-old Colbrelli who was second on the opening stage on Wednesday.

“On the last climb, I managed to hang on.”

“My team did a great job, and they did their best to get me there,” Colbrelli added.

The stage two victory moves Colbrelli up to fifth overall.

Former Ineos rider Froome, the four-time Tour de France winner, who now competes for Israel Start-Up Nation, did not figure in the group of 36 which pushed for victory yesterday.

He was dropped on the climb up Vue des Alpes and ended the day more than five minutes off the lead.

Former world champion Sagan, who won the opening stage on Wednesday, is now 7min 44sec off the pace.

The 74th Tour de Romandie continues today with the 168.7km third stage on a circuit in Estavayer.

The stage ends with a finishing circuit littered with third-category climbs that won’t present a major obstacle for the GC riders, but could provoke some breakaway efforts.

Sagan said he didn’t expect to see another group sprint, and with two sharp climbs in the closing kilometers, the final lap will see some sparks before going into Saturday’s “queen stage” with a mountaintop finale.