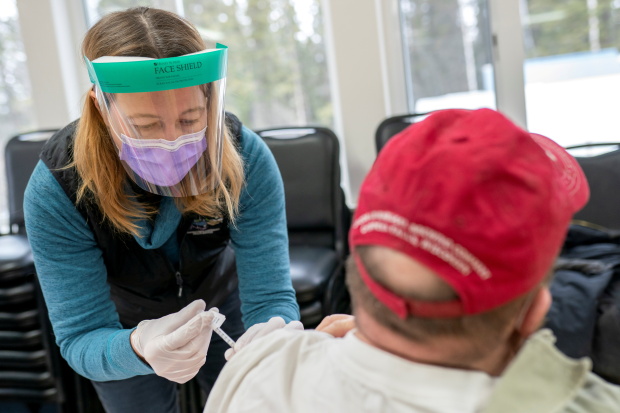 Geneva: The World Health Organisation expects to release its assessments for emergency use listing of the two main Chinese vaccines for Covid-19 as well as the Moderna shot by the end of next week, WHO Assistant Director-General Mariangela Simao said on Friday.

Simao said the WHO's independent panel was assessing the Moderna vaccine and a vaccine from China's Sinopharm on Friday and was due to look at China's other main vaccine, made by Sinovac Biotech, next week.

"So, by the beginning of next week or the end of next week we will have the final assessment of these three vaccines out," she told a briefing.

WHO emergency use listing is a signal to national regulators that a vaccine is safe and effective, and would allow those vaccines to be bought and distributed by COVAX, the international programme to share vaccines for poor countries.

Simao said it was important to have more vaccines available because of supply problems for other shots, including from India, a main source of vaccines for COVAX which has restricted exports because of a surge in domestic cases.

If approved, China's two vaccines would be the first developed in a non-Western country to receive the WHO's backing.

China has already deployed millions of doses of both its main vaccines at home and has exported them to many countries, particularly in Latin America, Asia and Africa.

So far, the WHO has given emergency use listing to three shots against COVID-19, made by Pfizer, AstraZeneca and Johnson & Johnson.