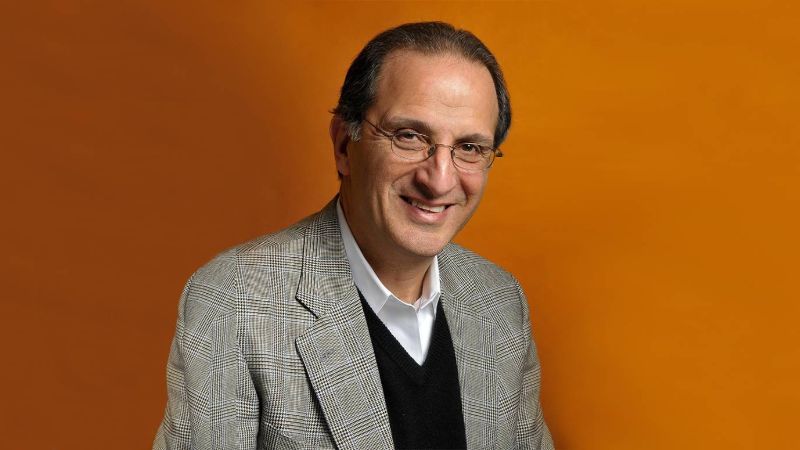 As expected, US President Joseph Biden’s recognition of the Armenian genocide during the Ottoman Empire was greeted with relief by Armenian Americans, and outrage by many Turks.

By itself, however, recognition without reckoning means little. In the end, it is the Turkish government that must acknowledge what was done a century ago to eradicate the Armenian Christian presence in the region of Ottoman Empire that was to become Turkey.

During the period 1915-1917, over one million Armenians were killed and their physical presence in the region largely destroyed.

While there was an initial effort to find those responsible and hold them accountable for their crimes, with the advent of the modern Turkish state, a systematic and brutal process of denial took hold.

Turkey not only refuses to acknowledge the horrors their predecessors inflicted on Armenians, but they bully and threaten those who dare to defy them by recognising that what occurred was genocide. To compound their denial, Turkish historians have concocted a fictive history which diminishes their crimes, shifts blame to the victims, and absolves them of responsibility.

In doing this, the Turks are not alone.

Human history, ancient and contemporary, is replete with instances of genocide – that is, the effort to eradicate a people, erase their history, denigrate their culture, and destroy their physical presence. Many of these atrocities have been recognised by the victims and other nations who support them. But, with the notable exception of the German acknowledgment of the Holocaust, rarely have the perpetrators of these crimes accepted responsibility and offer recompense.

A few examples should be sufficient to make this clear.

The US was founded on two genocides, its original sins – the massacres and forced removal of the country’s indigenous peoples and the enslavement of black Africans.

Millions of Native Americans were killed, lands were “cleared of Indians” to make way for settlers, and those who were forcibly evicted were corralled into Bantustan-like “reservations”. Blacks were “freed” by the Emancipation Proclamation, but remained landless and impoverished and were soon subjected to cruel laws denying them full rights as citizens. Since then, some civil rights have been secured, but Black Americans are still victims of segregation and discriminatory laws and treatment. While some of the statues of segregationists and slave-holders are finally coming down, no US President has dared to apologise and offer reparations for slavery or the genocide against Native Americans.

British behaviour in Ireland should also be classified as genocidal. During their colonisation of the island, they confiscated land, imported settlers loyal to them, stole Irish resources, attempted to eradicate Irish culture, and did little to assist the victims of the Great Famine – during which almost one-third of the Irish population died from hunger and disease, while another third were forced to emigrate.

While the Irish starved, the British continued to import food from Ireland – food which the Irish were not allowed to consume. Almost a century after Irish independence, the British retain control of the northern part of the island, and while there is fragile peace between the British and Irish – with the exception of an apology from former Prime Minister Anthony Blair, Britain has never fully acknowledged its responsibility for its actions during and since its colonial rule.

Israel’s behaviour towards the indigenous Arab population has been genocidal. During Israel’s war of independence – the Palestinian Nakbah (“disaster”) – the majority of Arabs were forced to flee a systematic Israeli military campaign to “cleanse” parts of the country from Arabs.

After the war, almost 500 Palestinian villages were eradicated, and millions of acres of their land and thousands of their homes and businesses were confiscated and turned over to exclusive Jewish control. During the first two decades, Israel imposed harsh conditions on those Palestinians who remained, forcing Arab children to learn Hebrew and denying Arabs the right to join labour unions, live in Jewish areas, or form political organisations. Some of these conditions have since eased for the Arab citizens in Israel, but many of these same policies are now imposed as part of Israel’s repressive Apartheid rule in the post-67 Occupied Territories.

Israel has invented its own fictional history and its supporters worldwide will brook no criticism of its policies or accept any responsibility for its behaviour towards its Arab citizens, those under occupation, and, most especially, the Palestinian refugee population.

France’s behaviour in Algeria was also genocidal. During the French conquest, almost one-quarter of the country’s Arab population were either killed or died from disease or hunger, with many more killed during the century of French colonial rule. They seized land and resources, imposed discriminatory Apartheid-like policies, confiscating property and resources, importing privileged colonists from France, denying educational opportunities to Arab children, and denigrating the country’s Arab and Islamic culture.

While the French president did make a statement acknowledging that “crimes against humanity” were committed in Algeria, after seeing how poorly it was received by voters, he later recanted saying there would be “no repentance or apologies” for France’s behaviour in their former colony. And, today, Arab immigrants in France live in ghettos as a permanent underclass where they suffer from high rates of poverty and discrimination.

The lesson is clear. It is good President Biden has acknowledged the Armenian genocide, but unless the inheritors of the fruits of past genocidal policies reckon with the crimes committed in their name, justice will not be done.