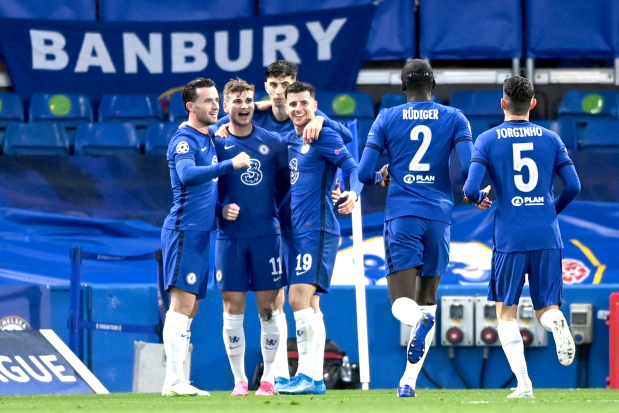 LONDON: Goals by Timo Werner and Mason Mount sent Chelsea into a Champions League final showdown with Manchester City as they claimed a 2-0 win over Real Madrid for a 3-1 aggregate triumph at Stamford Bridge last night.
German striker Werner, who has endured a stuttering first season at Chelsea, put them in control when he nodded in one of the easiest goals of his career in the 28th minute after fellow German Kai Havertz had struck the bar.
Thirteen-times European champions Real, who had come through each of their last three Champions League semi-final ties, had been second best for much last week’s first leg which ended 1-1.
Even with talisman Sergio Ramos back after missing the home leg they were outplayed by Thomas Tuchel’s side again as the German coach continued his stunning impact in west London.
Chelsea should have killed the game as they created, and wasted, a sackload of chances in a dazzling second-half display.
But Mount got the party started in earnest when he converted from close range in the 86th minute to become the second-youngest English player to score in a Champions League semi after Wayne Rooney.
The final in Istanbul will be the second all-English champions League final in three seasons.
“We deserved to win. The first half was difficult, they had a lot of possession and made us suffer,” Tuchel said.
“In the second half we could have scored so much earlier, so much more to be safe, but now is no time for criticism. It is a fantastic achievement and big congratulations to the team.
“It is not done yet, we want to go all the way, we arrive in Istanbul to win.”
“We should have had about five, but the most important thing is that we won,” Mount said.