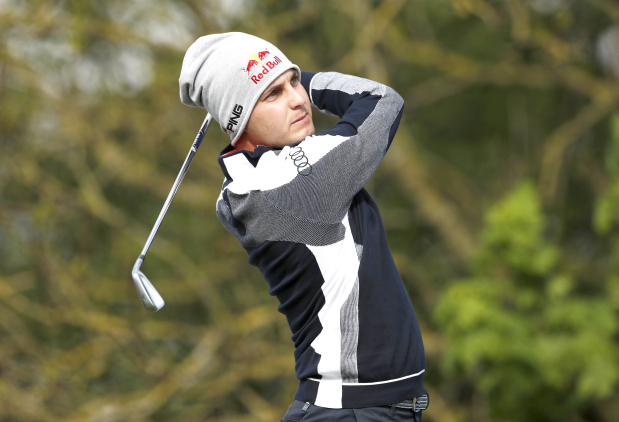 LONDON: Austria’s Matthias Schwab continued his impressive run on the European Tour yesterday as an opening six-under 66 handed him a one-stroke lead at the British Masters.

Schwab mixed seven birdies with a lone bogey at The Belfry in Sutton Coldfield, leading the way by one shot from Scotland’s Calum Hill.

Schwab enjoyed a career-best European Tour season with 10 top-10 finishes in 2019 and he is already on course to eclipse that mark with four in his first nine appearances this season.

Chasing a maiden European Tour title, Schwab is hoping to build momentum heading into the business end of the tournament.

“I don’t know exactly what I need to do to make these good weeks great weeks because if I knew I would have done that already,” he said.

“I couldn’t quite finish way up the leaderboard but the top tens are nice and I’m just trying to do the same going forward and hopefully it’ll just happen.

“I don’t think I need to change a whole lot because the game is feeling really solid.”

Tournament host Danny Willett threatened to match Schwab’s total until three-putting his penultimate hole and then sending his final tee shot into the water.

The Englishman salvaged a bogey on the 18th to stay in contention with a 69.

World number 45 Robert MacIntyre, the highest-ranked player in the field, was five shots off the lead following a 71, while former two-time major champion Martin Kaymer struggled to a two-over 74 despite posting five birdies in his round.