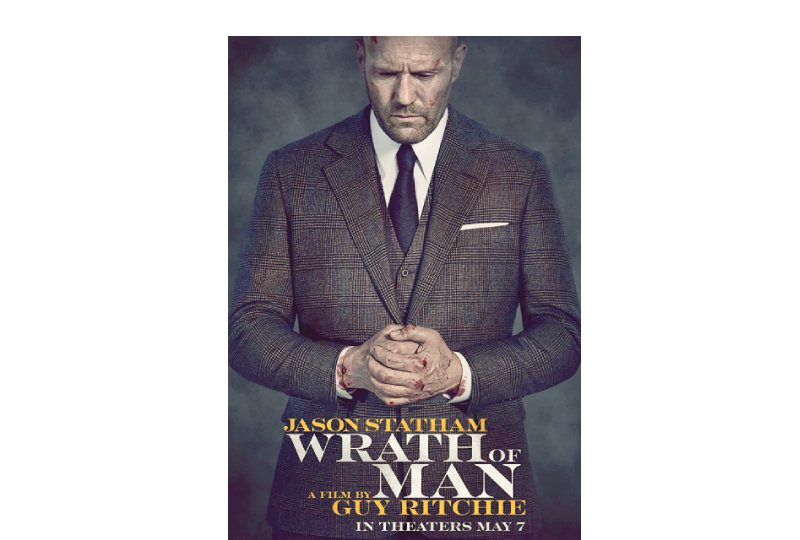 Poster of the movie

Wrath of Man: A combination of revenge and heist movies

AFTER more than a year away from movie theatres and film reviews, one does not simply pick any flick to watch for the first-ever round of screenings to take place in the kingdom.

A fantastic or critically-acclaimed movie, however, was not on my list. I wanted an experience to remind me of the magic of watching a movie on a large screen, with outstanding sound in a dark room, with a bunch of strangers.

And with Guy Ritchie’s Wrath of Man, most of my experiential boxes were checked, except for the bunch of strangers bit – it ended up turning out more like a private film screening experience!

Guy Ritchie is one of those directors with a mixed bag of work, from iconic films like Snatch and The Man from U.N.C.L.E. to eyebrow-raisers like Swept Away and Sherlock Holmes: A Game of Shadows.

But one thing you can always trust Guy Ritchie as well as walking-talking-and-rimrocking action figure Jason Statham to do – entertain you for two hours.

Wrath of Man was no exception. The movie follows a mysterious security guard Patrick Hill (Statham) who joins a cash truck company, proving very soon that his precision shooting skills far outqualify him for the job.

What he is doing there and who he is, is revealed in a non-linear pogo stick of a storyline.

It follows the new cliché of combo action genres, combining a revenge movie like John Wick with a heist movie like Reservoir Dogs.

Yes, the story itself is nothing special, sticking with the trope of anti-hero taking on slightly worse people.

Yes, it struggles to find its pace jumping through timelines more than a person in a trench coat claiming to be a time-traveller.

But, gun shots and blasts have never looked or sounded so good, with Guy Ritchie’s classic high-octane action sequences.

The focus is on the story style and Statham and Ritchie manage to sell us on a city with way too many cash truck heists to be considered normal.

And that’s about all that redeems this movie.

Although I will probably never re-watch it, it was a good truck stop as I return to the usual antics of a film critic.

The movie is being screened at Oasis Juffair, City Centre, Seef and Wadi Al Sail.