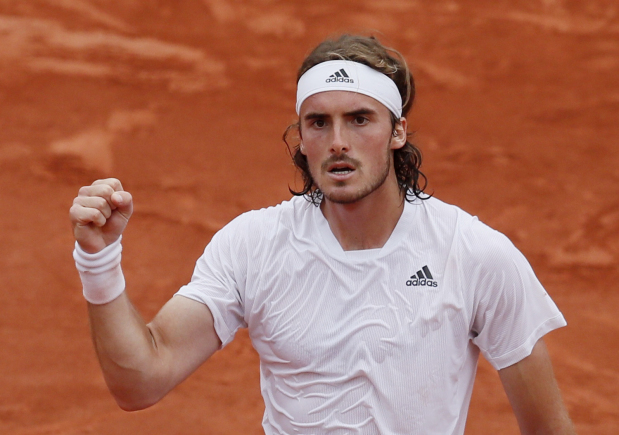 Paris: Greek fifth seed Stefanos Tsitsipas strolled past Spaniard Pedro Martinez 6-3 6-4 6-3 in a scrappy contest on Wednesday to reach the third round of the French Open.

Tsitsipas, who reached the semi-finals in 2020, is considered one of the main contenders to challenge the imperious Rafa Nadal for the title at Roland Garros after the 22-year-old's triumph at the Monte-Carlo Masters.

The 103rd-ranked Martinez gave a good account of himself during parts of the match but did not have enough in his locker to put significant pressure on Tsitsipas in their first meeting.

The Greek broke his opponent's serve eight times and hit his 45th winner on matchpoint to set up a third-round meeting against American John Isner, who defeated Serbian Filip Krajinovic 7-6(6) 6-1 7-6(5).