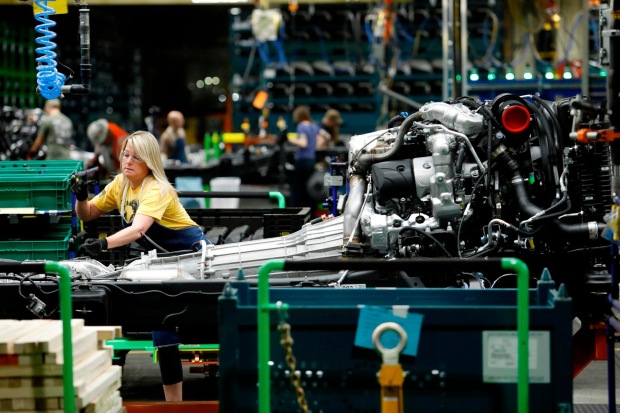 WASHINGTON: The number of Americans filing new claims for unemployment benefits dropped below 400,000 last week for the first time since the Covid-19 pandemic started more than a year ago, pointing to strengthening labour market conditions.

That was underscored by other data yesterday showing private payrolls increasing by the most in 11 months in May, spurred by robust demand amid a rapidly reopening economy. The data supported expectations that job growth accelerated last month, though shortages of workers and raw materials continue to loom over the labour market recovery.

Initial claims for state unemployment benefits fell 20,000 to a seasonally adjusted 385,000 for the week ended May 29. That was the lowest since mid-March 2020. Economists had forecast 390,000 applications for the latest week.

The fifth straight weekly decrease in claims was led by Texas and Florida.

The pandemic is subsiding because of vaccinations, allowing authorities to lift restrictions on businesses and accelerating the economy’s reopening. That has led to a surge in demand that is pushing against supply constraints.

Though claims remain well above the 200,000-250,000 range that is associated with healthy labour market conditions, they have dropped from a record 6.149 million in early April 2020.

They could decline further as Republican governors in 25 states, including Florida and Texas, are cutting off unemployment programmes funded by the federal government for residents starting next Saturday.

These states account for more than 40 per cent of the workforce. About 4m workers will be affected. The benefits being terminated early include a weekly $300 unemployment subsidy, which businesses say is discouraging the jobless from seeking work. The expanded benefits will end in early September across the country. Economists estimate unemployment benefits payments totalled $35.1 billion in May.

Hiring appears to have improved in May, with the ADP National Employment Report showing private payrolls increased by 978,000 jobs, the biggest increase since June last year, after rising 654,000 in April. Economists had forecast private payrolls would increase by 650,000 jobs in May.

In another report yesterday, the Institute for Supply Management said its non-manufacturing activity index rebounded to a record high of 64 in May from a reading of 62.7 in April. But businesses in the sector, which accounts for more than two-thirds of the US economy, complained about the dearth of workers. Some reported offering “cash incentives of $50” for people who show up for an interview.

The findings mirrored an ISM survey on manufacturing this week showing shortages of parts and workers were forcing short-term shutdowns at factories.

Workers are scarce despite nearly 10m Americans being officially unemployed. The expanded unemployment benefits, problems with child care and fears of contracting the virus, even with vaccines widely accessible, as well as pandemic-related retirements have been blamed for keeping workers home.

The claims report also showed the number of people continuing to receive benefits after an initial week of aid increased 169,000 to 3.771m during the week ended May 22. These so-called continuing claims, which are reported with a one-week lag, are being closely watched for signs on how quickly hiring will pick up. There were about 15.4m people on unemployment benefits under all programmes in mid-May.