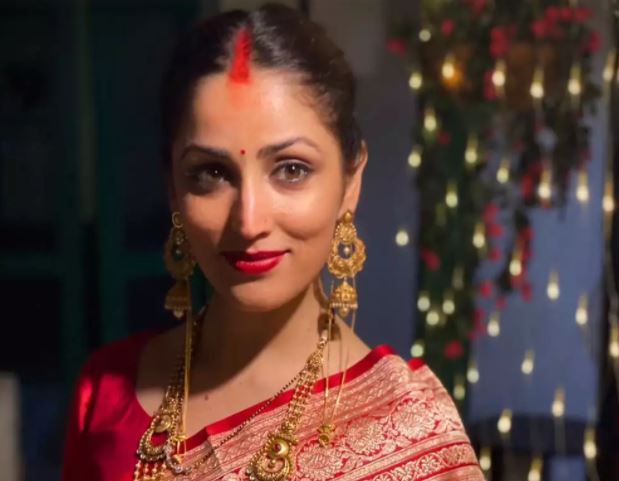 Wearing a red sari and a charming gold necklace and matching earrings, the actress celebrated tying the knot with her partner of three years which they have hidden until now.

They held a private ceremony at Himachal Pradesh with close family and friends.

They met on the set of 'Uri: The Surgical Strike', which Dhar was directing.

"Sparks flew on the sets of 'Uri' almost from Day 1. They might still not accept that they were in love from 'Uri' days but the fact remains that they don't like to indulge in any PDA, which is exactly why nobody from the 'Uri' unit came to know about their feelings for each other," a source told E-Times.