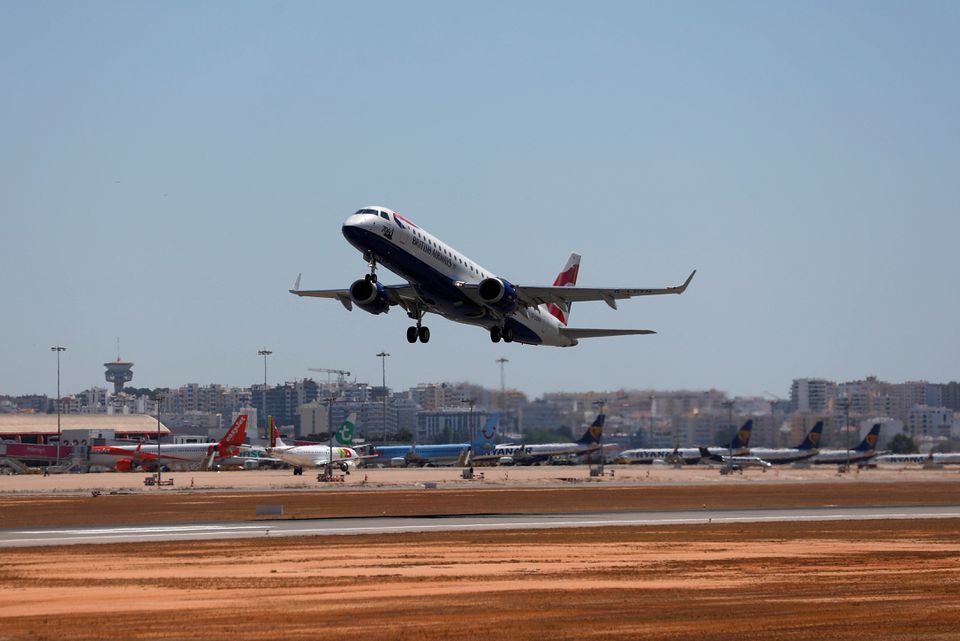 The heads of all passenger airlines flying between Britain and the United States called on Monday for both countries to lift trans-Atlantic travel restrictions put in place to fight the COVID-19 pandemic.

The push came days ahead of this week's meetings between U.S. President Joe Biden and British Prime Minister Boris Johnson at the G7 meeting of advanced economies this week in Cornwall, southwest England.

U.S. and UK airline officials told Reuters they do not expect Washington to lift restrictions until around July 4 at the earliest as the administration aims to get more Americans vaccinated.

"I think there's much more at stake here than a holiday, it's about trade, it's about visiting friends and relatives, and it's about getting back and doing business and re-employing people," Doyle said.

Reopening is more crucial for Britain-based airlines British Airways and Virgin Atlantic, which are not benefiting from a rebounding domestic market like their U.S. peers.

JetBlue CEO Robin Hayes said "the human cost is just I think devastating" for people who have been vaccinated but "haven't seen their kids, grandkids for over a year now."

The vast majority of nations do not face the entry restrictions and were added by the United States on an ad hoc basis. Only the 26 Schengen nations in Europe without border controls, Ireland, China, India, South Africa, Iran and Brazil face the restrictions.

United Airlines CEO Scott Kirby said the airline "could add pretty significant capacity" within four weeks if restrictions were lifted. "We are in the peak travel season for travel between the US and UK, and every single day that goes by is a day lost for the recovery," he said.