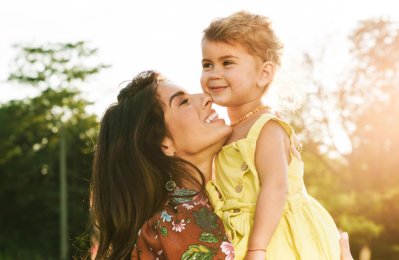 ZWE
People are giving more consideration to insurance cover, especially since the advent of the Covid-19 pandemic, says Zurich International Life in the Middle East (Zurich) in a report.
Its 2021 Customer Benefits Paid Report revealed that with Covid-19 the major health story of 2020, the pandemic has had a marked effect on people’s behaviour towards financial protection.
In terms of the biggest threats to life, heart attacks and strokes were the biggest risk (43 per cent), followed by cancer (27 per cent), and accidents (10 per cent). Covid-19, while a relatively new illness, was responsible for 5 per cent of all life insurance claims, reveals the report.
Cancer led the list of the gravest critical illness risks followed by heart attacks, various chronic conditions and strokes. A split by gender reveals that heart attacks were the lead critical illness insurance claim for males (53 per cent), while only 5 per cent of females claimed for the same condition. Cancer led the female benefit claims list (85 per cent), with the illness accounting for only 31 per cent of benefit claims for males.
According to a YouGov survey commissioned by Zurich, only 22 per cent of respondents felt financially prepared for unfortunate family events. Interestingly, more male respondents (65.56 per cent) felt somewhat/well prepared compared to 56.07 per cent of women who felt the same.
Across all age categories, more than half of respondents said that due to Covid-19, they were somewhat likely or extremely likely to consider purchasing life or critical illness cover, with more than 63.3 per cent of respondents aged 18-34 saying they purchased life insurance since the start of the global crisis.
People in the Middle East are also paying increased attention to the benefits of a healthier lifestyle, with many taking up exercise, yoga and other physical and mental wellbeing activities in a bid to reduce or mitigate the risks of developing long-term, serious illness.
This is especially prescient when considering that the report reveals, of the total amount paid in benefits, the split between critical illness and life insurance claims was almost equal. This demonstrates that while people are actually living longer, more and more people are contracting critical illnesses and dealing with the associated financial impact of managing chronic conditions.
Another import trend to consider is that while there has been an increase in the number of people with pre-existing conditions seeking the financial security of insurance protection, Zurich is still accepting 99 per cent of applications for cover. The report shows that 12 per cent of applicants were shown to be overweight, with 5.6 per cent having raised blood sugar levels – which can lead to long-term serious conditions.
Given the role of females as key decision makers when it comes to household finances, it is noteworthy that women tended to find life insurance too expensive to purchase compared to men. Of those surveyed, 42.8 per cent of women said they don’t have insurance because it is too expensive, compared to 34 per cent of men who lacked cover for the same reason.
Walter Jopp, CEO of Zurich in the Middle East, said: “This report demonstrates that while people are living longer, many of us may have to contend with a life-threatening situation at some point in the future. This is why it’s important to be prepared and to consider all options – whether that be the potential of contracting a serious illness or even death.”
“Our survey shows that 37 per cent of respondents don’t have life or critical illness cover because they deem it too expensive, however, people might be surprised to learn we have a range of flexible and affordable cover options. For instance, we've launched YourLife and YourCare, which are instant, simple and accessible solutions, with protection starting from just AED2 per day.”
“At Zurich, we are committed to helping provide financial security and assurance to families – whatever the circumstances. We are proud to have paid 98.1 per cent of life insurance claim payments, amounting to a total of $136 million in customer benefits between January 2018 and December 2020.”
Richa Bhagari, a Zurich customer from Dubai, said that being diagnosed with cancer in August 2020 was one of the most challenging periods of her life. The 45-year-old happily married entrepreneur and mother of one said that the treatment was not only painful but both physically and mentally draining.
She revealed the secret to coping was “to have a positive outlook, be it in business or in life. You have to train your mind to be optimistic, place mind over matter and take things in your stride.”
“My learning from this experience is to be secure; to be protected financially, physically, mentally and spiritually. Be ready for life.”-- TradeArabia News Service