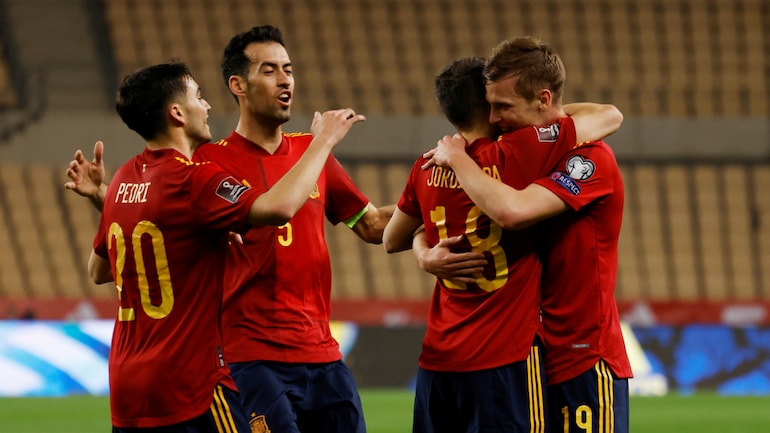 MADRID: Spain’s soccer players will receive Covid-19 vaccines, health minister Carolina Darias said yesterday, after the team’s preparations for Euro 2020 were thrown into disarray by Sergio Busquets and Diego Llorente testing positive for the virus.
Darias told a news conference the players would be vaccinated by the army, as was the case with Spanish athletes heading to the Olympic Games in Tokyo next month, describing the move as a “very important and necessary decision”.
Following captain Busquets’ positive test at the weekend, Spain’s players have been in isolation and only able to train on an individual basis – with their first game just three days later.
Leeds United defender Llorente then tested positive late on Tuesday.
That forced him, like Barcelona’s Busquets, into quarantine meaning both will miss Spain’s Group E opener against Sweden on Monday.
Spain’s stand-in captain Jordi Alba said earlier yesterday that the players would do as they were advised by the government, amid a debate over whether professional athletes should be allowed to jump the queue for vaccines.