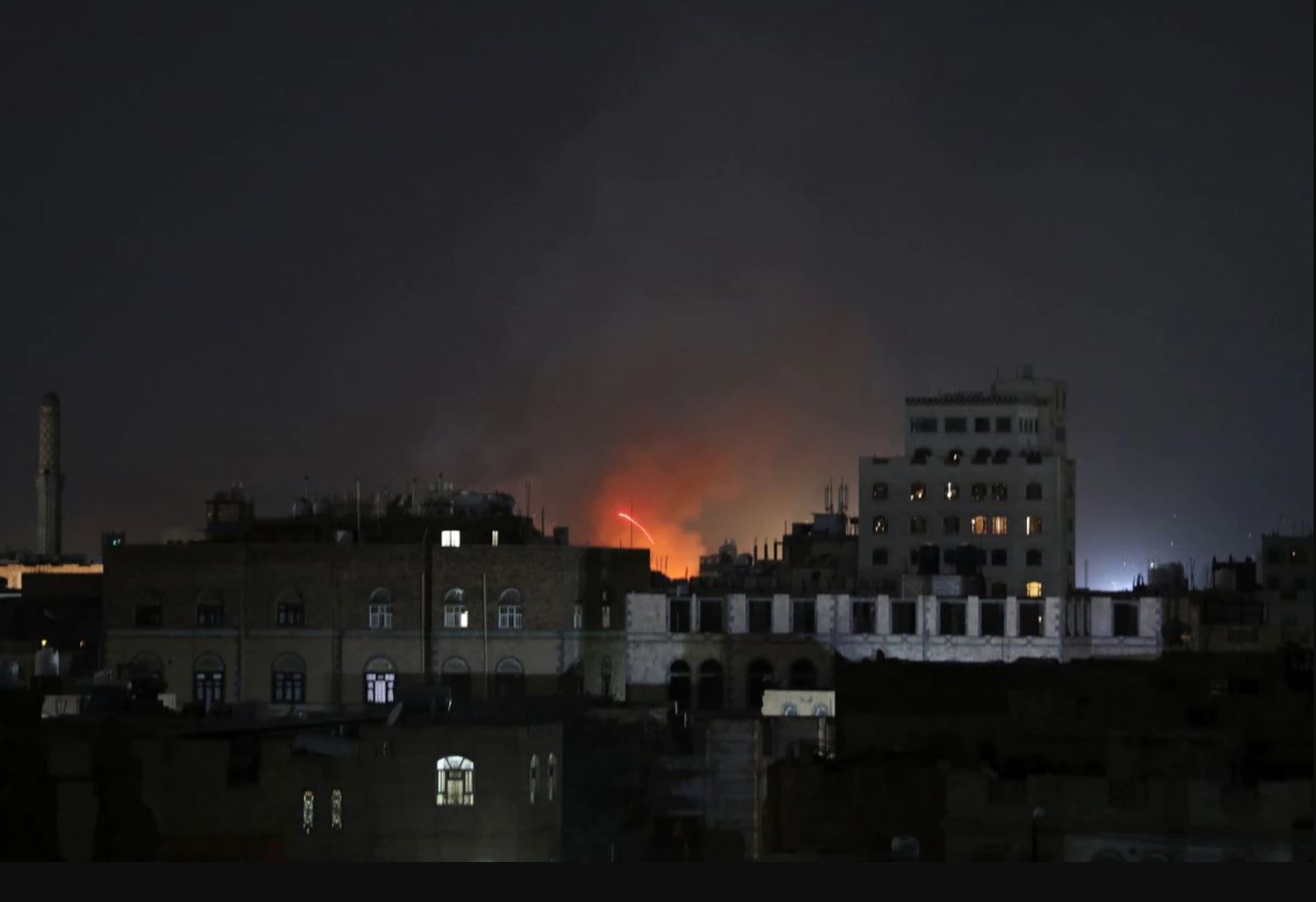 FILE IMAGE: Fire is seen at a military site after it was hit by a Saudi-led air strike in Sanaa, Yemen April 26, 2021. Reuters Photo

The Saudi-led coalition fighting the Houthi group in Yemen said on Thursday it has stopped carrying out attacks near Sanaa or any other Yemeni city because it wants to prepare the political ground for a peaceful settlement.

The statement, made by the spokesperson for the Saudi-led coalition and published by the Saudi state media, followed media reports of an attack on an armoured division belonging to the Iran-aligned Houthis near the Yemeni capital.

The spokesperson, Turki al-Maliki, denied the report, adding that "no military operation has been carried out in the vicinity of Sanaa or any other Yemeni cities over the past period (..) with the aim of preparing the political ground for a peace process."