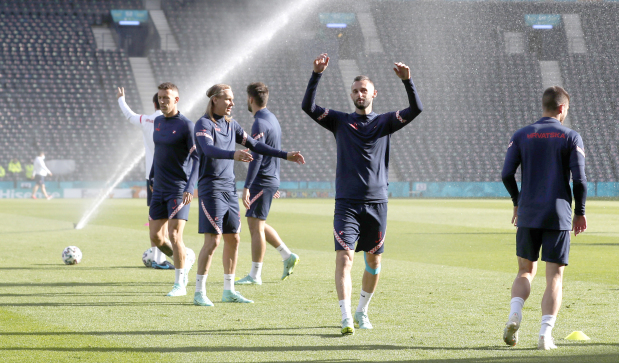 Schick netted a superb brace in Monday’s 2-0 victory over Scotland, including a stunning long-range effort, while Vaclik made several last-ditch saves.

“I believe we can keep up with them, mark them well and not give up space,” Silhavy said yesterday. “That is the only way.

“If Tomas Vaclik and Patrik Schick repeat their performances and if they are in form again then we could have a good result coming out of the game.”

Croatia, the 2018 World Cup runners-up, are under pressure to deliver tonight after a 1-0 defeat by England while the Czechs are riding high at the top of Group D.

But Silhavy said the team would not be complacent against a dangerous Croatian side featuring Luka Modric who won the Golden Ball as the best player at the last World Cup.

“They have great individual players who play in top European clubs,” Silhavy said. “They are very strong, especially in the attack and on a good day they are unstoppable.”

“We have to be on our toes and we can’t just defend but we also have to attack.”

Silhavy is considering one change to the line-up and he has a full squad available for the match at Hampden Park.