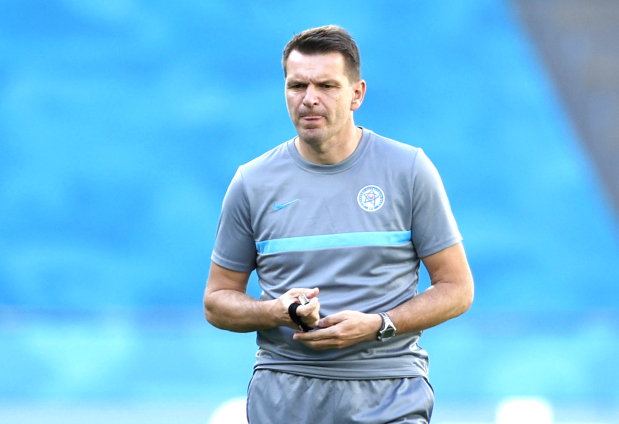 SEVILLE: Slovakia may sit above Spain in Group E but remain firm underdogs going into their Euro 2020 clash to decide who makes it into the knockouts, coach Stefan Tarkovic said yesterday.

With Sweden already through, Spain sit third on two points after two sluggish draws while Slovakia are on three points and need a draw against the three-times European champions tonight to be certain of progressing.

“With the quality they have and the chances they create, we will need to be lucky to defend against them and neutralise their strikers,” Tarkovic said.

“I expect Busquets will return to the side, to bring higher quality and calmness in the middle of the pitch,” Tarkovic said.

Slovakia, who reached the knockouts in both their prior Euros, beat Poland in their opener before losing to Sweden in a game where they failed to register a shot on target.

While the coach expects Spain to dominate possession, he wants the Slovaks to transition quickly from defence to attack, and keep the ball as much as possible to break Spain’s rhythm.

“They haven’t been clinical in finishing and that is creating pressure for them,” Tarkovic said of Spain’s misfiring but still intimidating team.

“For me they are still top favourites. They have the quality and nothing has changed with that in the last two games.”

Other than injured forward Ivan Schranz and defender Denis Vavro, who tested positive for Covid-19, all Slovakia’s players are available.

Team captain Marek Hamsik said the Slovaks would rely on their defence to see them through and were not complacent due to Spain’s slow start.

“Everyone is surprised but that doesn’t mean anything for us,” he said. “If we want to qualify we need to get something from this game.”