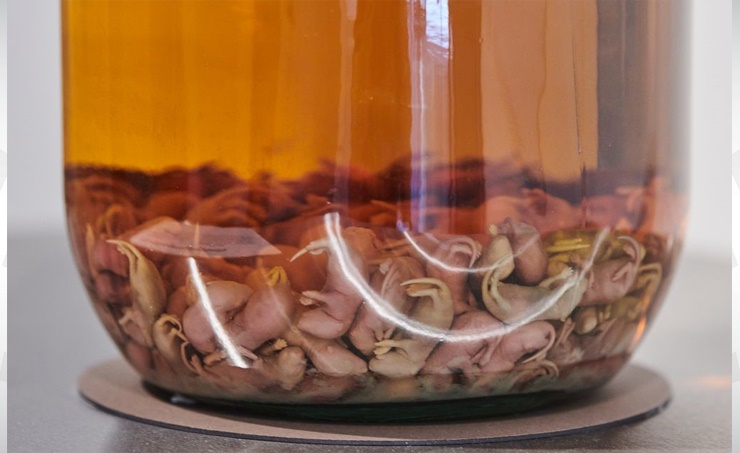 A schnitzel made from cow's udder, or cheese made with mites? What is unappetising for some is a tasty meal for others - and that's exactly the point at the Disgusting Food Museum.

Inspired by an exhibition in the Swedish city of Malmo, a new museum in Berlin says that it wants visitors to "test your good taste and find out what kind of disgusting person you are!"

An eggnog made of ostrich eggs, a liquor that's made from the castor sacs of a beaver and a rice wine in which the corpses of baby mice are boiled to give it a certain flavour of decay are just a few of the beverages that will certainly test visitors.

For adventurous visitors, there is a tasting bar that gives out samples of some of the foods on display: There's fermented shark, mite cheese and beetles, among several other bites.

The samples are handed out in small containers, due to the pandemic, and the museum encourages visitors to try them at home and then send in a picture of their reaction to them.

Fixed time-slot tickets are available for adults for 12 euros.