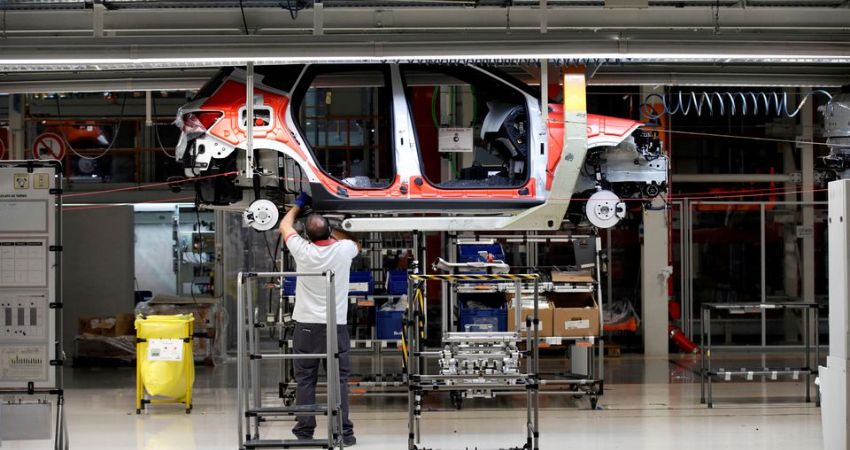 Workers assemble vehicles on the assembly line of the SEAT car factory in Martorell, near Barcelona, Spain, October 31, 2018. (Reuters Photo)

MADRID - Spain will invest 4.3 billion euros ($5.11 billion) to kick-start the production of electric vehicles and batteries as part of a major national spending programme financed mostly by European Union recovery funds, the government said on Monday.

Prime Minister Pedro Sanchez said in a presentation the government-run plan, which aims to spur private investment, would include the whole production chain from extracting lithium to assembling battery cells and manufacturing electric vehicles.

"It is important for Spain to react and to anticipate this transformation in Europe's automotive sector," he said, adding that the private sector could contribute a further 15 billion euros to the initiative, according to government estimates.

After Germany, Spain is Europe's second-largest auto producer and the world's eighth-largest.

As the industry confronts a tectonic shift toward electric vehicles and greater technological integration, Spain is racing against Germany and France to overhaul supply chains and retool its manufacturing bases.

With the new investment programme, which forms part of a 13- billion euro package earmarked for sustainable mobility, Sanchez expects the sector's contribution to economic output to reach 15% by 2030, from around 10% now.

The programme will include 1 billion euros to boost charging infrastructure, Sanchez added.

As one of the main beneficiaries of a 750 billion euro ($908 billion) EU recovery scheme, Spain will get around 70 billion euros in grants until 2026 to help revive its economy, which has been hit hard by the Covid-19 crisis.

While few private sector bidders have publicly emerged to seek a slice of the funds, Volkswagen's Spanish SEAT brand and utility Iberdrola have formed an alliance to work on a bid.

Their involvement would fit within a wider project they are planning, covering all elements of electric vehicle production from mining to battery production to the manufacturing of a finished vehicle at SEAT's assembly plant outside Barcelona.