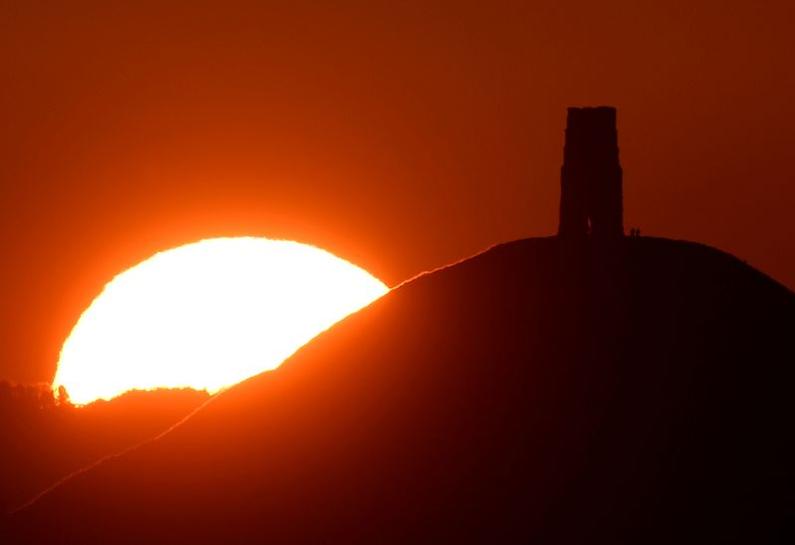 Two people stand beside St Michael's Tower as they watch the sunrise from the top of Glastonbury Tor, in Glastonbury, Britain, June 14, 2021. REUTERS/Toby Melville

The alert is the first issued by the Met Office since the national meteorological service launched its extreme heat national severe weather warning system at the start of June to help better inform people of the risks hot weather can bring.

Much of Britain has seen heatwave conditions in recent days but temperatures are expected to rise further, possibly reaching 33C in some western parts of the country, the Met Office said yesterday.

“The impacts of extreme heat can be many and varied. It can have health consequences, especially for those who are particularly vulnerable, and it can impact infrastructure, including transport and energy, as well as the wider business community,” the Met Office said in a statement.

A record-breaking heatwave this month killed hundreds of people in Canada and the US. Europe also has been unusually hot and flooding has devastated parts of Germany, Belgium and other countries.