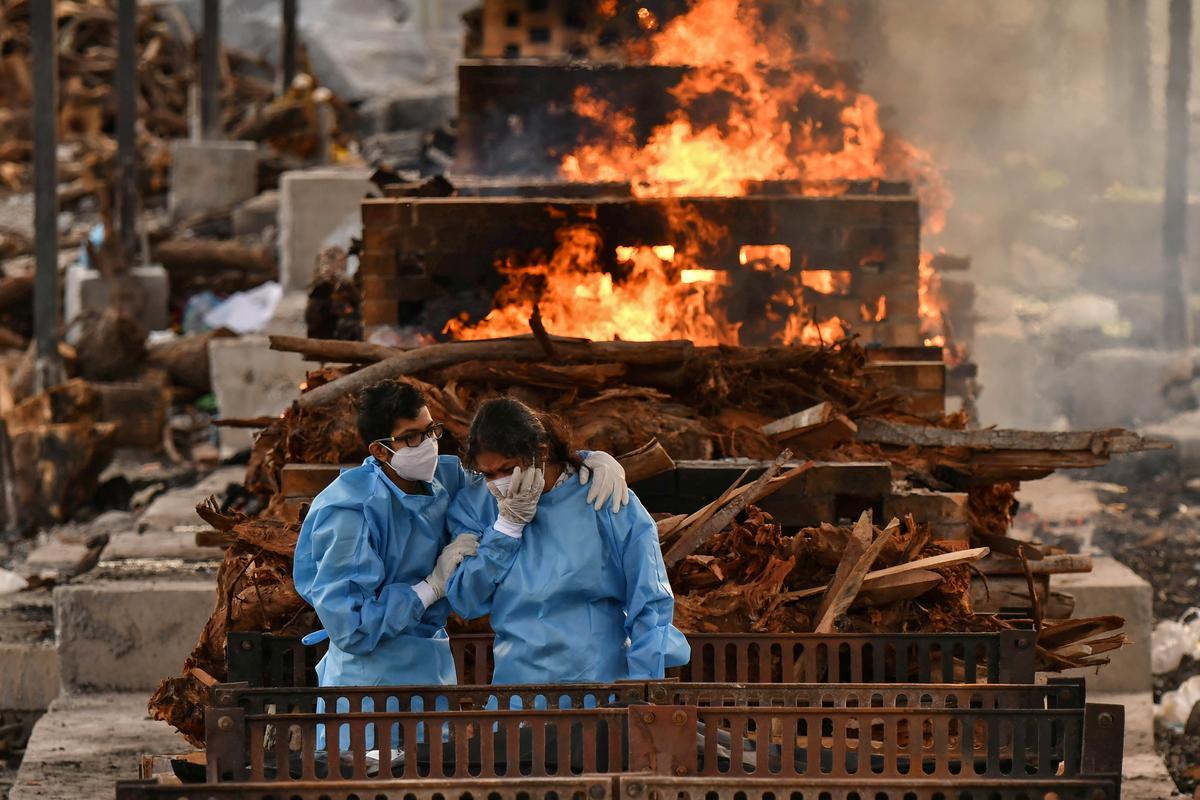 NEW DELHI: India’s excess deaths during the Covid-19 pandemic could be as high as 4.9 million, a new study shows, providing further evidence that millions more may have died from coronavirus than the official tally.

The report by the Washington-based Center for Global Development, co-authored by India’s former chief economic adviser Arvind Subramanian, included deaths from all causes since the start of the pandemic through June this year.

India’s official tally of more than 414,000 deaths is the world’s third highest after the US and Brazil, but the study adds to growing calls from experts for a rigorous nationwide audit of fatalities.

A devastating rise in infections in April and May, driven largely by the more infectious and dangerous Delta variant, overwhelmed the healthcare system and killed at least 170,000 people in May alone, official data show.

“What is tragically clear is that too many people, in the millions rather than hundreds of thousands, may have died,” the report said, estimating between 3.4m and 4.9m excess deaths during the pandemic.

But it did not ascribe all excess deaths to the pandemic.

“We focus on all-cause mortality, and estimate excess mortality relative to a pre-pandemic baseline, adjusting for seasonality,” the authors said https://bit.ly/2Usm8cE.

Some experts have said excess deaths are the best way to measure the real toll from Covid-19.

“For every country, it’s important to capture excess mortality – the only way to prepare the health system for future shocks and to prevent further deaths,” Soumya Swaminathan, the chief scientist of the World Health Organisation, said on Twitter https://bit.ly/3kCGevC.

The New York Times said the most conservative estimate of deaths in India was 600,000 and the worst-case scenario several times that. The government has dismissed those figures.

Health experts blame the undercounting largely on scarce resources in the vast hinterland, home to two-thirds of India’s population of nearly 1.4 billion, and also many deaths at home without being tested.

India has reported a decline in daily infections from a May peak, with yesterday’s 30,093 new cases making up its lowest daily count in four months.

Prime Minister Narendra Modi’s government has also been criticised for a messy vaccination campaign that many say helped worsen the second wave of infections.

Just over 8 per cent of eligible adult Indians have received both vaccine doses. In July, the government administered fewer than 4m daily doses on average.