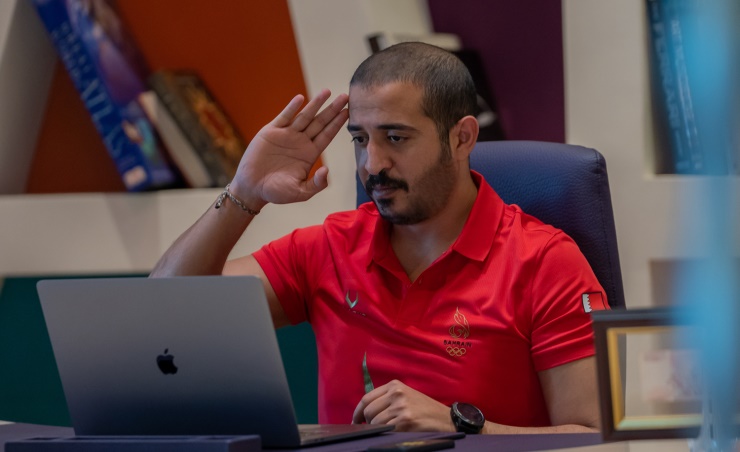 Shaikh Khalid during the virtual meeting

During a virtual meeting with the national handball team, Shaikh Khalid urged them to continue their commendable efforts to achieve positive results at the Games.

Shaikh Khalid conveyed to the team members the greetings of His Majesty King Hamad and the wishes of His Royal Highness Prince Salman bin Hamad Al Khalifa, Crown Prince and Prime Minister. He also conveyed to them the greetings of His Majesty’s representative for charity work and youth affairs and SCYS chairman Shaikh Nasser bin Hamad Al Khalifa, praising them for their outstanding performances and keenness to raise Bahrain’s flag on the international stage.

Shaikh Khalid urged the team to continue their heroic performance that reflect their determination to shine for Bahrain at the global sporting event. He also expressed his confidence in the ability of the team to continue to represent the kingdom in the most honourable way, urging everyone to give their best to achieve positive results. He wished them success in the remaining matches.

The team members expressed their gratitude and appreciation for the support and motivation provided by Shaikh Khalid.