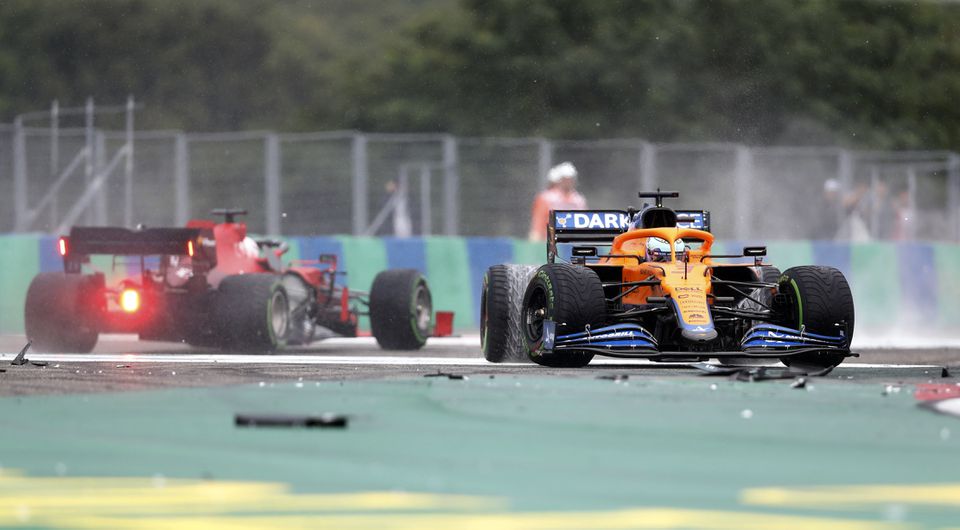 BUDAPEST: Mercedes’ Valtteri Bottas will have a five place grid penalty at Formula One’s next race in Belgium after the Finn triggered chaos and collisions on the opening lap of yesterday’s Hungarian Grand Prix.

The race was halted after Bottas braked late and hit the back of Lando Norris’s McLaren, which then smashed into the side of Formula One leader Max Verstappen’s Red Bull and wrecked the race for both.

Stewards ruled Bottas caused an avoidable collision at turn one, in wet and slippery conditions, and also handed him two penalty points.

“The Stewards took into consideration the track conditions, however the driver of car 77 was fully to blame for the collision,” they said in a statement.

The Finn made a sluggish getaway and was passed by Norris and Verstappen, and he then braked way too late into the opening corner.

“I’m sorry guys,” Bottas, who also collided with Perez, said over the radio.

Verstappen continued, dropping from third to 13th and fighting back to 10th at the finish with a heavily damaged car.

That allowed Mercedes rival and seven-time world champion Lewis Hamilton to take back the overall lead after finishing second, and Mercedes to go top again in the constructors’.

Mercedes team boss Toto Wolff said it was “a small mistake that caused such a big accident, costing them (Red Bull) a lot of points and a possible two cars on the podium.

“I am sorry for that” added the Austrian.

Red Bull’s Christian Horner said it had been ‘massively frustrating’.