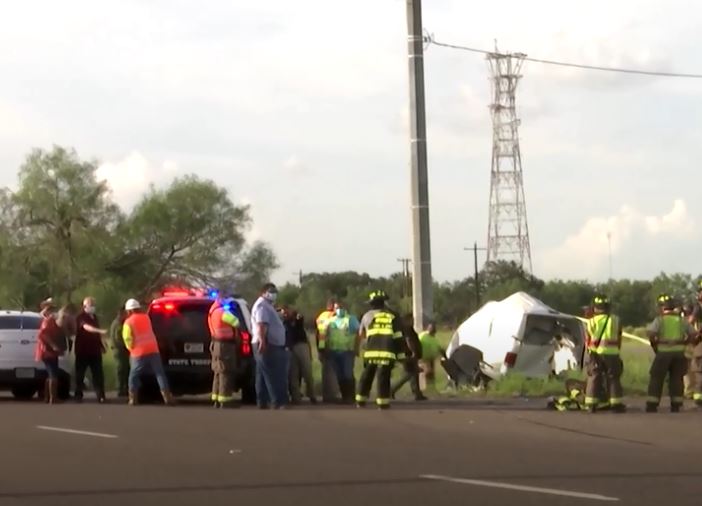 A van overloaded with 30 people, many of them believed to be illegal immigrants, crashed in southern Texas on Wednesday, killing 10 occupants and critically injuring many of the others, police said.

The van veered off Highway 281 in Encino, Texas, about 50 miles north of McAllen, and struck a metal utility pole about 4 pm local time, said Sgt. Nathan Brandley of the Texas Department of Public Safety.

The driver and nine passengers were killed in the impact, Brandley said.

The remaining 20 passengers were taken to local hospitals, where some of them were listed in critical condition.

The crash took place several miles from a US Border Patrol checkpoint, and Bradley said that the passengers appeared to be illegal immigrants. Texas authorities were working with the Mexican consulate to identify the victims, he said.

Brandley said the van did not have seats or passenger restraints and was crammed with twice the number of passengers it was designed to accommodate.

The Texas Department of Public Safety was investigating.