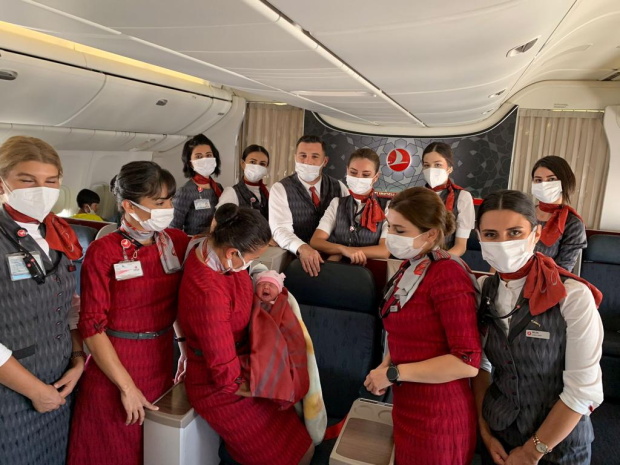 KABUL: An Afghan refugee fleeing to the UK gave birth to a baby girl at 30,000 feet while on an evacuation flight destined for Birmingham.

Soman Noori, 26, was on a flight from Dubai to Birmingham, having previously left Kabul, when she went into labour, Turkish Airlines said.

With no doctor on board, members of the cabin crew delivered the baby girl, named Havva, or Eve in English. The airline said both mother and child are healthy. 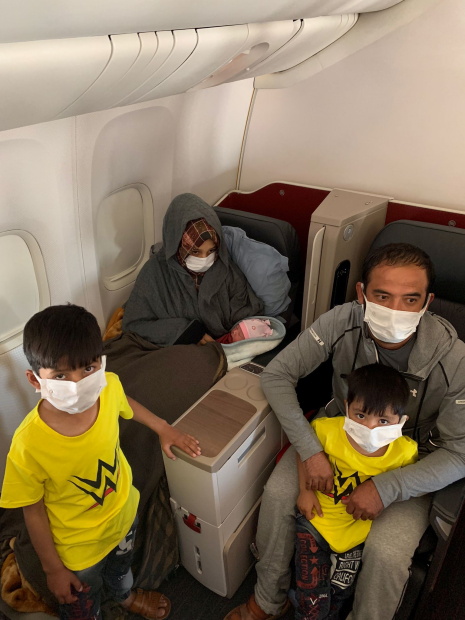 Afghan evacuee Soman Noori, accompanied by her husband Taj Moh Hammat and their sons, holds her newborn baby girl named Havva on board an evacuation flight operated by Turkish Airlines from Dubai to Britain's Birmingham, August 28, 2021.

A spokesperson for Turkish Airlines said: “After the pregnant passenger informed the cabin crew about her labour pains, the crew asked whether there was a doctor in the aircraft.

“Due to no doctor being available on the flight, cabin crew facilitated the birth in accordance with their training.”

Noori was travelling with her husband, Taj Mohammed Hammat, 30, and their two other children.

Turkish Airlines said the flight landed in Kuwait as a precaution before carrying on to Birmingham and landing at 11.45 British summer time yesterday.