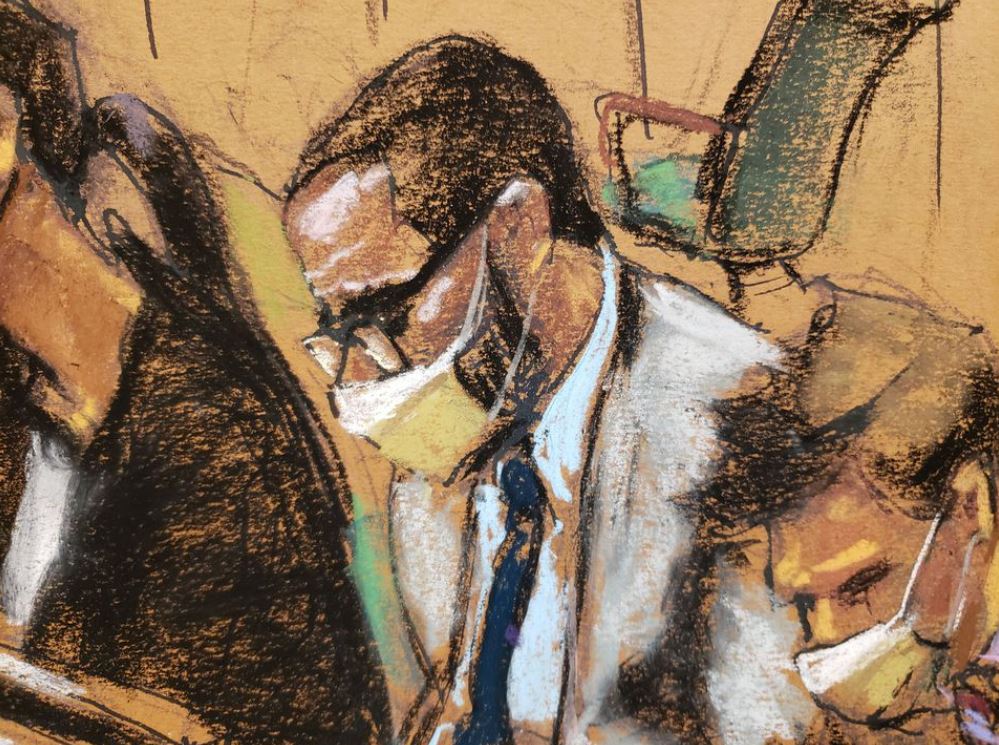 A woman testifying against R Kelly at the R&B singer's racketeering trial said on Tuesday he pressured her to have sexual relations with him not long after they met, even though she was not ready.

The woman, who identified herself as Faith, said the May 2017 encounter occurred after a concert in Westbury, New York, that a Kelly assistant had arranged, two months after Faith first met the singer backstage at a concert in San Antonio.

Faith, who was 19 when she first met Kelly and not a fan - she attended the San Antonio concert with her older sister, who was a fan - said the 50-year-old Kelly at first seemed "friendly" and "down to earth," even as he asked her to call him "Daddy."

She said that after waking up at her hotel the morning after the Westbury concert, Kelly stopped by and invited her to take off some of her clothes and "rub on Daddy."

Faith said she wasn't ready for sex, and that Kelly replied: "I'm at my best when wanted."

The testimony came on the ninth day of Kelly's trial for running what prosecutors call the now-54-year-old Kelly's decades-long targeting of women and girls for sex, with the help of employees and assistants.

Kelly, whose full name is Robert Sylvester Kelly, has pleaded not guilty to one racketeering count and eight counts of violating an interstate sex trafficking law.

An indictment accuses him of abusing six women and girls, including the late singer Aaliyah. A male accuser has also said Kelly sexually abused him.

Several accusers and former employees have testified for the government, saying Kelly demanded they obediently follow "Rob's rules" even as he preyed on victims, including former fans and people who hoped Kelly could jump-start their own music careers.

Earlier Tuesday, former Kelly assistant Suzette Mayweather testified that her former boss threatened to "fine" her for speaking with his girlfriends, and once ordered her to fetch him sweet potato pie at 1 or 2 am as punishment for doing so.

Mayweather also said one girlfriend named Dominique once told her about wanting to be a writer, and that when Kelly learned they had spoken lied to protect her by saying she, not Dominique, had initiated the conversation.

"It was the first time I had ever seen Rob this upset," Mayweather said. "It was the look in his eyes."

Mayweather also described a January 2016 birthday party in Chicago where she said Kelly ordered female attendees to fight among themselves because he did not like that they were "twerking for cake."

Known for the 1996 Grammy-winning song "I Believe I Can Fly," Kelly has been dogged by sexual abuse accusations for nearly two decades. Many were discussed in the 2019 Lifetime documentary "Surviving R Kelly."

The trial began on August 18, and is expected to last well into September. Kelly has been jailed for more than two years, and also faces sex-related charges in Illinois and Minnesota.