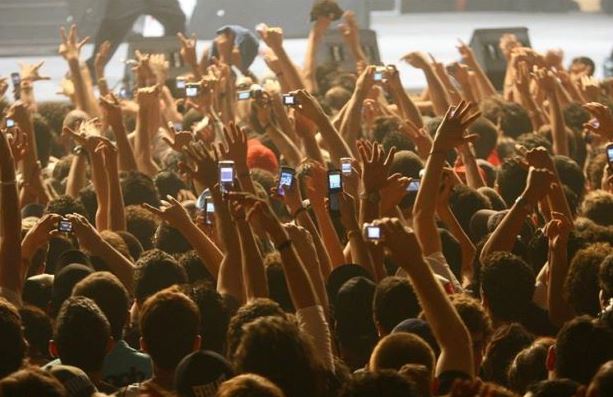 Audiences may soon need to put their phones away at live concerts after Apple patented a technology that blocks the iPhone’s camera feature.

The new software, which hasn’t been officially introduced by Apple, would reportedly allow venues to use an infrared beam to disable a mobile phone’s camera, preventing users from taking videos and photos.

The development comes as musicians and actors regularly complain about the growing use of mobile phones and selfie sticks at live performances, which allow fans to immediately share content on social media for the millions of people who didn’t actually pay for tickets.

Artists like Adele, Jack White and Zooey Deschanel have publicly expressed frustration with the throng of phones at concerts. Meanwhile, actor Benedict Cumberbatch broke character during a performance of ‘Hamlet’ last summer to tell audience members in London to stop recording him with their phones.

“It’s mortifying and there is nothing less supportive or enjoyable as an actor on stage experiencing that,” the actor said.

According to the Telegraph, Apple’s patent says that the phone would display a ‘recording disabled’ message when users take photographs or videos.

It’s unclear if or how Apple would start using the anti-camera technology. One of the bigger concerns, the Telegraph notes, is how the software could potentially be used against users in other situations, such as political demonstrations or police violence, depriving them of certain civil liberties.