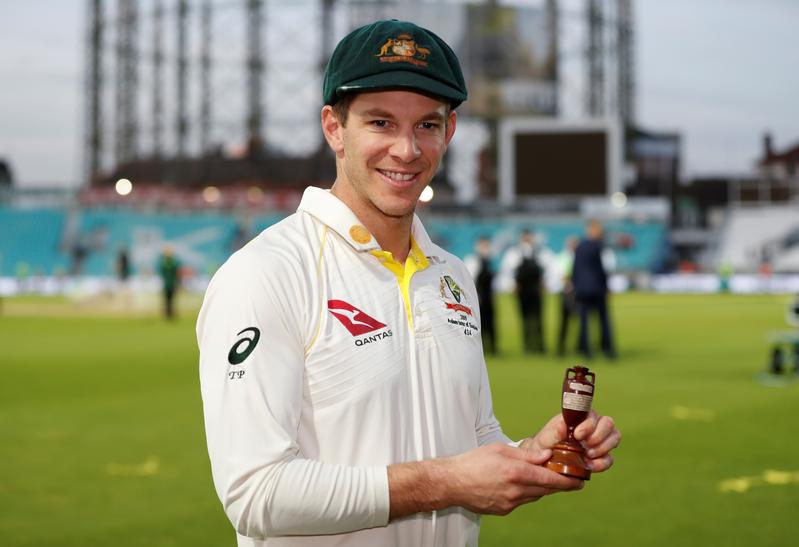 SYDNEY: Australia test captain Tim Paine will undergo surgery on a pinched nerve in his neck on Tuesday but is confident he will be fit to lead his country into the Ashes series later this year.

Cricket Australia said Paine had been suffering from pain in his neck and left arm because of "a bulging disc which reduced his ability to train at full intensity and has not responded to treatment".

"The consensus of the spinal surgeon and the CA medical team was to have the surgery now which will allow plenty of time to fully prepare for the summer," Paine said in a statement.

"I expect to be able to restart physical activity by the end of this month and be back in full training in October. I will be ready to go by the first test and am very much looking forward to what will be a huge summer."

The first test against England at the Gabba in Brisbane is scheduled to start on Dec. 8 and will be followed by four further matches in Adelaide, Melbourne, Sydney and Perth.

Paine was handed the test captaincy after Steve Smith was sacked in the wake of the 2018 Newlands ball-tampering scandal and he led Australia to the retention of the Ashes after a drawn series in England in 2019.

The 36-year-old's captaincy came under fire in some quarters after Australia lost a home test series to India at the start of the year but he survived calls for his sacking.

The wicketkeeper-batman played the last of his 12 Twenty20 internationals in 2017 and was never in the frame for selection for the World Cup in the United Arab Emirates in October and November.