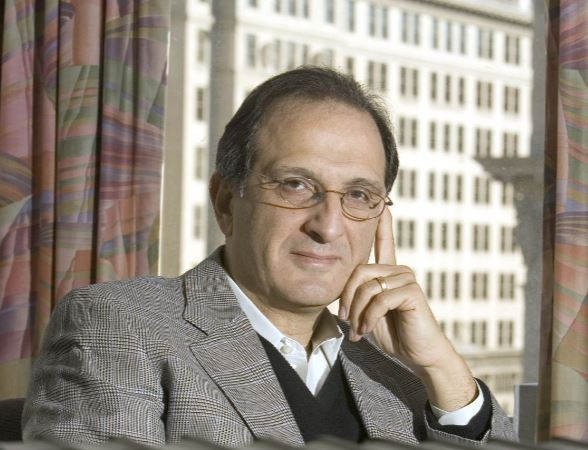 While heroic first responders were still sifting through the rubble of the World Trade Centre looking for survivors and the remains of those who perished, the George W Bush administration was laying the groundwork for a series of domestic and foreign policies that would put America on a dangerous path to having a devastating impact on America and the world.

While Bush made forceful statements cautioning Americans against striking out against Arabs and Muslims, his attorney general, John Ashcroft, was launching a round-up of thousands of mainly Arab immigrants for deportation. They were guilty of no crimes, nor were they ever charged.

They were just summarily deported without any due process. Lives were ruined and families were torn apart, never to recover.

Following on the heels of this practice, thousands more Arab immigrants and visitors were ordered to report to immigration authorities in two special “call-ups”. Then came the “Special Registration” programme in which more than 180,000 immigrants were required to report to authorities. Because the programme was poorly conceived and arbitrarily implemented, it resulted in thousands being unfairly given deportation notices. Importantly, while presented as counter-terror, national security measures, a review of these programmes found that not a single person rounded up or deported was found to pose a terrorist threat to the country.

The only result of these draconian measures was to create fear among immigrant communities and their families.

Then came the massive surveillance programmes and the use of informants to entice and entrap some young Muslims into planning bogus acts of terror, followed by Justice Department Press conferences at which the attorney general would announce, “We caught another one.”

No crimes had been committed and because civil rights groups argued that no crimes would have been planned had the “perpetrators” not been entrapped, these incidents appeared designed more for show. Once again, these efforts served only to create widespread fear in the Arab and Muslim communities and to fuel anti-Arab and anti-Muslim sentiment – all of which ran counter to the more tolerant messages coming from the White House.

The use of subjective profiling, mass surveillance, and lack of any form of due process had all started during the Clinton administration, but were intensified during the Bush years, and have lasted until the present day – taking a toll not only on my community, but also on the civil liberties of all people in America – without, I hasten to add, according to most respected civil rights organisations, contributing one iota to US security.

If this were not bad enough, just weeks after the horrors of 9/11, prominent neo-conservatives, both within and outside of the Bush administration began planning wars they felt were needed to demonstrate American resolve and power. Their purposes were ideological and grounded neither in reality nor in good intelligence. The ideologues who led the US into these misadventures argued that we had been attacked because we were seen as weak and so a decisive blow against the terrorists and those who supported them was necessary to show the strength and reach of American power.

Additionally, they saw this crisis as an opportunity to resurrect what had been their pet project for more than a decade – that is, overthrowing the regime in Iraq. This, they said would project American power insuring our hegemony in the post-Cold War world. It would also, they argued, usher in a friendly, democratic government in Iraq, that would “serve as a beacon of light” to spread democracy across the Middle East.

This entire enterprise was based on fantasy born of ideology – not reality – and the consequences of their foolishness are still present.

They succeeded in overthrowing the Taliban, for a time, and more than a decade later killing Osama bin Laden. But the job in Afghanistan was never finished, if it ever could have been, before they shifted resources and attention to Iraq.

Saddam was overthrown and an uninformed US viceroy set up a model of sectarian-based governance that has had disastrous consequences for the country. Almost 5,000 Americans died, as did hundreds of thousands of Iraqis. And the loss in treasure for both the US and Iraq has been in the trillions of dollars.

As a result of the Iraq war, the US military was drained and depleted and US prestige around the world plummeted to new lows. Iran found a foothold in Iraq to pursue its sectarian agenda and was emboldened to expand its meddlesome reach across the region. Instead of defeating extremism, the wars contributed to its metastasising. And instead of ushering in an era of US hegemony, the war created a multi-polar Middle East with several global and regional powers competing for influence.

A year after 9/11, James Fallows wrote “Bush’s Lost Year” in which he lamented the administration’s decision to act unilaterally with hubris in response to the attacks. Instead of building on the world’s support, Bush arrogantly squandered it. And the results of the fateful choices he made are still haunting us today 20 years later.