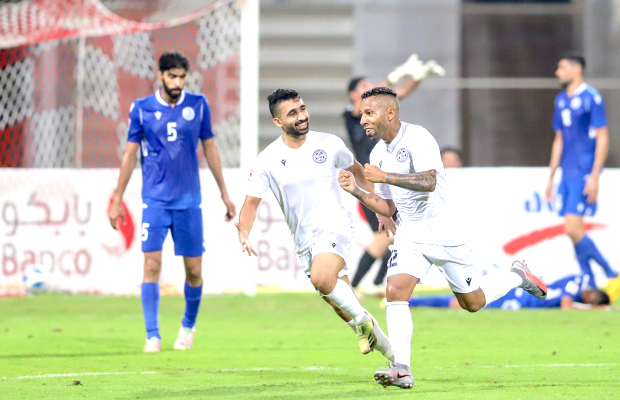 Vitor Junior put Najma ahead in the 23rd minute as the game ended 1-0 at half-time. 2019-20 champions Hidd, who finished fifth last season, scored the equaliser 20 minutes after resumption through Sayed Mohammed Adnan.

The match seemed to be heading for a draw as both teams failed to add to their tally until the end of normal time. However, Najma’s last-ditch effort to break the deadlock was rewarded when Aguinaldo found the net in the penultimate minute of additional time.

Earlier, the match between Manama and Al Ahli ended in a 1-1 draw.

Mahdi Abduljabbar struck for Manama in the 23rd minute while Ahli’s Mojtaba Abdel Ali levelled the scores in the 52nd minute.

The third-round matches continue today when Al Hala take on Budaiya at 6.30pm, followed by the clash between defending champions Riffa and last season’s runners-up East Riffa at 9pm.