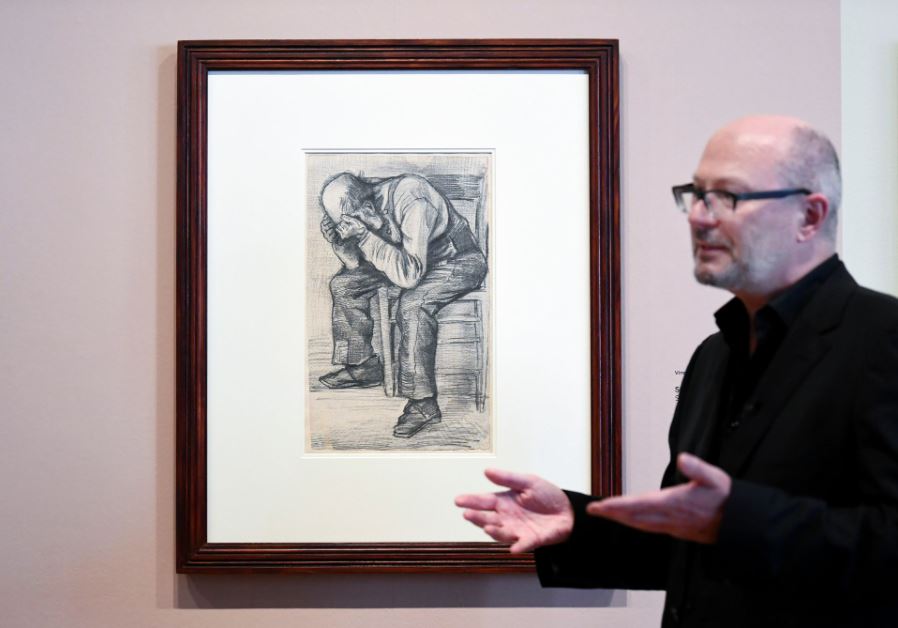 A Dutch museum on Thursday unveiled a previously unknown work by Vincent van Gogh -- a study for one of his best-known drawings, "Worn Out" -- in which an old man sits in a chair with his head in his hands.

"I think we’re all coming out of the Covid period feeling like this and the amazing thing is that we can share this with our visitors. We’re open, we’re delighted to be open.”

Discoveries of works by the famously troubled artist, who died in 1890, are extremely rare. The drawing is owned by a private collector and had never been known of or displayed.

"So when (the owner) came to the museum it was a big surprise," said Senior Researcher Teio Meenendorp, adding that the piece was relatively easy to authenticate.

It closely resembles the more famous "Old Man" drawing, but the perspective is at eye-level with the old man, rather than from above.

The work can be dated with unusual precision to the last weeks of November 1882, Meenendorp said, because of two letters Van Gogh wrote on November 24 of that year. It was a period of relative stability for the artist while he was living with a woman in The Hague.

One letter was to his brother Theo, saying he had made two drawings of "an old man with his elbows on his knees and his head in his hands" and that he was thinking of making it into a lithograph.

"What a fine sight an old working man makes, in his patched bombazine suit with his bald head," Vincent wrote.

The other letter was to a fellow artist, saying with confidence he planned to make a lithograph of the theme. Van Gogh did make the lithograph, titled "At Eternity's Gate", three days later, on Novemver 27, 1882.

Meenendorp said Van Gogh had given the works English titles partly in hopes his drawings might be noticed and lead to a job for him as an illustrator for a magazine.

That never happened. Van Gogh had little commercial success while he was alive, despite winning great acclaim later.

The Dutch artist was troubled by mental illness and considered himself a failure. He returned to the theme with an oil painting known as "Sorrowing Old Man", based on the lithograph, two months before his own death.