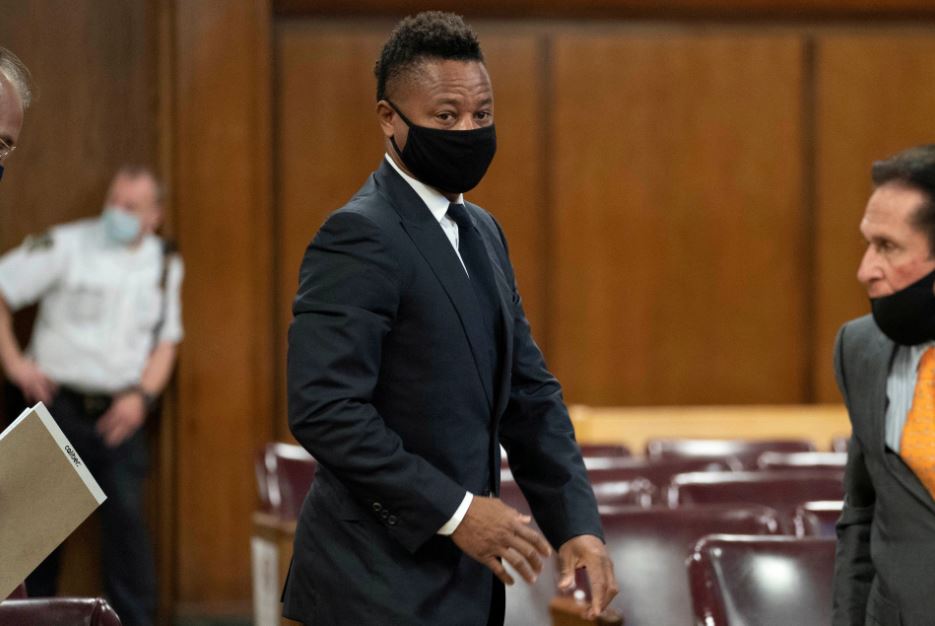 Cuba Gooding Jr asked a US judge to set aside a finding of liability in a civil lawsuit by a woman who accused the Oscar-winning actor of raping her twice in 2013, after she agreed his failure to formally respond to her accusations was not willful.

According to a Wednesday filing in Manhattan federal court, Gooding never saw the complaint from the accuser known as Jane Doe until August 3, five days after US District Judge Paul Crotty granted her a default judgment on liability.

Gooding's lawyer Edward Sapone said Doe's process server delivered the $6 million lawsuit to an apartment where the actor's girlfriend lived, but that Gooding never lived there and the doorman did not want to accept the paperwork.

"No one ever served me with the summons and complaint, including the doorman," Gooding said in a signed affidavit.

"While I respect plaintiff and her counsel, I respectfully deny her allegations [and] seek to have the default vacated so I can defend myself," he added.

A stipulation signed by one of Doe's lawyers said Doe "consents to vacate the entry of default." Gooding agreed to cover Doe's legal fees for obtaining the default judgment.

Gloria Allred, another lawyer for Doe, said in an email her client looked forward to testifying against Gooding in court if his default were set aside.

Doe said the alleged rapes occurred at the Mercer hotel in Manhattan's SoHo district, soon after she met Gooding in a Greenwich Village restaurant and lounge.

She said Gooding asked her up to his room, saying he needed to quickly change clothes, but pushed her onto a bed, raped her, and raped her again as she tried to flee. Doe said she told him "No" numerous times.

In Wednesday's filing, Sapone said Gooding and at least two other witnesses would testify that Doe was not vaginally or anally raped, or held in any hotel room against her will.

He pleaded not guilty in 2019 in another Manhattan court to unwanted touching of three women in separate incidents.