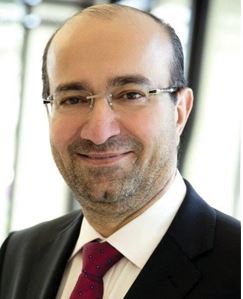 Citizenship is supposed to be values, principles and love that are cultivated through a good and solid relationship between the ruler and the people.

It is a series of moral duties, responsibilities and obligations between them, such as the relationship between the management of any institution and its employees.

I say this after news agencies and newspapers carried reports recently, quoting His Highness Shaikh Mohammed bin Rashid Al Maktoum, Vice President and Prime Minister of the UAE and Ruler of Dubai, that Majid Al Futtaim Group of Companies will get priority for all government contracts.

His Highness is well aware of what he said because the position of the well-known Emirati businessman, Majid Al Futtaim, is well known after he pledged to provide 3,000 jobs to citizens during the next five years. The step His Highness has announced is just to appreciate and express gratitude to this company.

His Highness said that there are some companies that only wanted to take and not give anything back. Giving back, he implied, is important after years of gains.

This company has set the most wonderful example in citizenship and its initiative should be an example to follow. Its contribution to the ‘Nafis’ programme of the UAE government comes as a commitment to implement a series of initiatives that focus on developing the professional advancement of national cadres.

The programme calls on public and private sector institutions to contribute practically to the promotion and development of the national workforce at all levels.

There are many institutions, companies, banks and family businesses towards which the comments of His Highness are directed and indirectly tells them to implement charitable and social programmes as part of their social partnership policy.

Most institutions do not prioritise such issues, possibly now, because we are living in trying and difficult times and finding jobs for our children, even if they have higher degrees, is difficult.

In the case of Bahrain, there are many private institutions that must be forced to employ nationals. This is a national issue and a moral and ethical obligation towards citizens. Our wise government has not failed in providing an appropriate climate and investment environment to carry out business with ease and has also provided the necessary infrastructure.