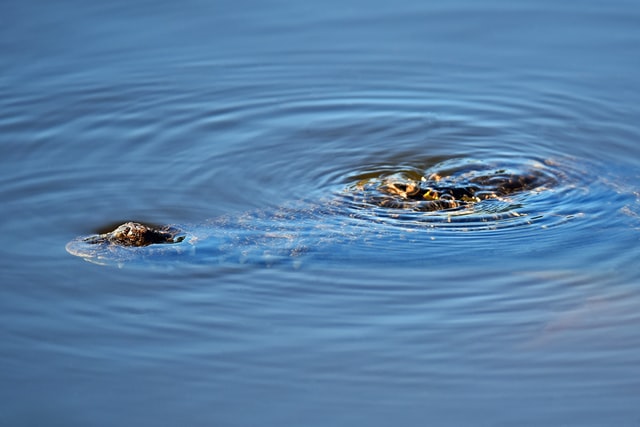 DARWIN: A cameraman filming for an Australian Broadcasting Corporation documentary captured the moment a “salty” leapt from the water and snatched the drone carrying his camera.

Video recovered from the wrecked drone shows it skimming above the water towards a crocodile, that is floating virtually stationary, with only its head above the surface, in a lagoon at a crocodile park in Darwin.

Then the beast’s tail flicks, and a millisecond later the nose and widening jaws and teeth appear directly in front of the lens.

The drone and camera are plunged into the green murky water, coming to rest upside-down of the lagoon’s bed as the turbulence clears.

A crocodile leapt out of the water and took down a drone filming a documentary in Australia pic.twitter.com/c7dKRgcpUR