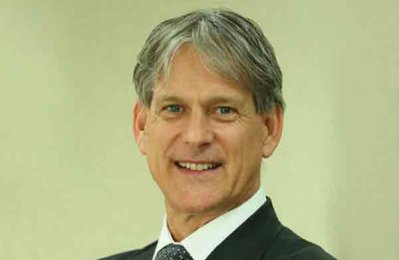 Dr Patrick Allman-Ward
Dana Gas, the Middle East's largest private sector natural gas firm, announces that its 9M 2021 collections from the Kurdistan Region of Iraq (KRI) and Egypt have increased 102% year-on-year to $256 million (AED938 million). It was $127 million (AED466 million) in the corresponding period the previous year.
Dana Gas, which owns a 35% interest in Pearl Petroleum, saw its share of collections from sales of condensate, LPG and gas in the KRI jump 77% to $131 million (AED480 million) in the first nine months of 2021 as compared to $74 million (AED271 million) in the same period the previous year.
In Egypt, Dana Gas collected $125 million (AED458 million) during the first nine months of 2021, compared to $53 million (AED195 million) received in the same period of 2020, representing a 136% increase.
Dr Patrick Allman-Ward, CEO of Dana Gas, said: “We are pleased with the improvement in our collections this year, which have been supported by a strong rebound in commodity prices. Continuing timely payment of invoices and the settlement of outstanding receivables is key to providing us with the confidence to carry on with our expansion plans in the KRI and Egypt.”
The KM 250 project is the first stage of a two-train expansion project at Pearl Petroleum’s Khor Mor plant that aims to boost total production capacity to approach 1 billion standard cubic feet per day.
Pearl Petroleum recently signed a $250 million financing agreement with the US International Development Finance Corporation to support the Khor Mor gas expansion project, which is on track for completion in April 2023.-- TradeArabia News Service