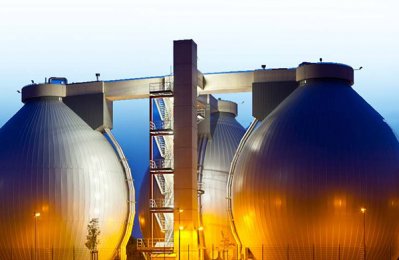 File photo. For illustration only.

Utico, the Middle East’s leading full service utility and the only private water and power company in the UAE, has announced its entry into hydrogen production by 2024 at the ongoing WETEX and Dubai Solar Show.

Utico also said that it was exiting the Clean Coal Carbon capture project it had signed with Shanghai Electric in 2014, for which it had obtained the Middle East’s first Federal Environmental Permit in 2016 done by TUV Nord.

Utico had also planned and announced the same scale 350MW super critical project at the Duqm Special Economic Zone in 2016 with a Bio Fertilizer plant using Carbon to produce Agro & Pharma grade Algae with a 200MW solar facility that would offset carbon emissions by greater than 70%, making it cleaner than natural gas.  Both projects would have captured greater than 1million tons of CO2 per year.

The new company will start with 12,000 tons per annum hydrogen expandable to 100,000 tons p.a. and will include a portfolio of Green and renewable power production totalling 200MW, Utico said, adding that the first phase of production is slated for 2024.

The focus will be to produce the hydrogen splitting water with Green Energy rather than natural gas. This will be Green Blue hydrogen, generating Green Water as well, making it the cleanest and cheapest hydrogen available in the market.

Utico said that as the world’s lowest tariff water producer and the region’s most sustainable Innovative Utilities Company, it has innovated processes to produce the lowest priced hydrogen in the market.

One kg of hydrogen has 3 times the energy of Natural gas and with Green Water it has no carbon footprint unlike using Natural gas to produce hydrogen where 1Kg hydrogen produces 10kg of CO2.
“The new hydrogen project is a continuation of our market leading innovation in the energy sector for over the past 16 years.  Further, it is a testament to Utico’s focus on environment and food security it has adopted for over the past one-and-a-half decades, positioning us ahead of the curve,” Ali Al Darwish, Chief Executive Officer of Utico in the UAE said,  adding that the new project  is another step in that direction.

“The new venture makes perfect sense for Utico at this point in time since hydrogen is an energy mix of the future, and will be a key mover in the coming decade.  Developing this energy resource correctly and positioning it properly is important as Utico has done consistently over the past 16 years, and we feel that the risk reward and cost benefit metrics Utico has set will be market leading going well into the future as well,” said Hussain Allawati, CEO of the Mena region and Head of Global Investments.

Key investors and partners are discussing with Utico for collaborations  which includes  majors like Blackstone, Actis, Masdar, ADQ, International Holdings Group and IDB Infrastructure Fund, that are aligned with the new world order that Covid has pushed early, viz., Food Security and Cleaner newer world.

Utico is already raising new capital through its Sustainability rated bonds, as well as  planning an IPO  sooner than later that will support the growth trajectory that it has already set as part of its master plan. – TradeArabia News Service