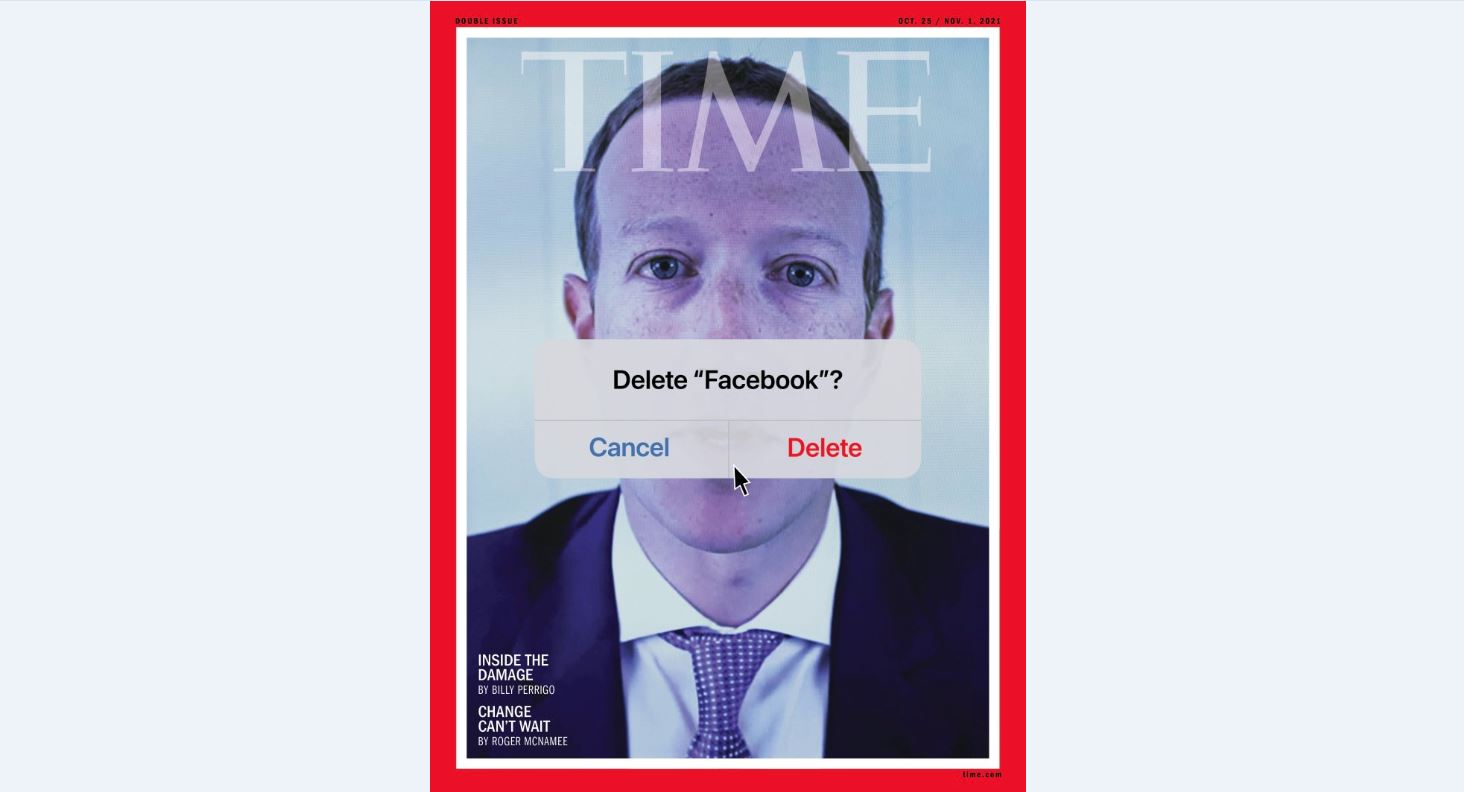 The cover photo comes with an illustration of a phone app deletion icon and a seemingly simple question – “Delete ‘Facebook’?” – and two options – “Cancel” or “Delete”.

Whistleblower Frances Haugen, a former product manager on Facebook’s civic misinformation team, this week told US legislators how the company pushed for higher profits while being cavalier about user safety. She said Facebook had also done too little to prevent its platform from being used by people planning violence.

The Time cover article, published on the magazine’s website, is titled “How Facebook Forced a Reckoning by Shutting Down the Team That Put People Ahead of Profits”.

The article speaks extensively of Facebook’s civic integrity team and points out to how the social media giant’s decisions alienated many members of the critical team that fights misinformation and hate. Facebook dissolved the team in December 2020, which eventually led Frances Haugen to blow the whistle.

How Facebook forced a reckoning by shutting down the team that put people ahead of profits https://t.co/uslHkJNMOn