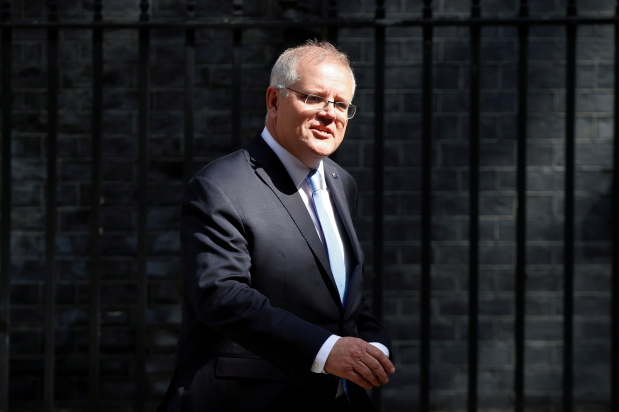 CANBERRA: Australian Prime Minister Scott Morrison is likely to attend the UN COP26 climate summit in Glasgow, officials said on Tuesday, after he was widely criticised for failing to commit earlier as his government faces pressure to take stronger action to reduce carbon emissions.

Morrison drew criticism globally late last month when he said he was unsure whether he would join other world leaders, including U.S. President Joe Biden, at the summit on Oct. 31-Nov. 12.

"It not set yet, but it is looking likely now," said one official familiar with Morrison's changing plans.

Morrison had said he might need to skip the meeting due to challenges dealt by Covid-19, but those concerns are receding as Australia is set to end quarantine requirements within weeks.

While many global nations have pledged to achieve net zero emissions by 2050, Australia - one of the world's largest emitters on a per capita basis - has refused to strengthen its targets.

Morrison has said Australia "wants to achieve net zero as soon as possible and preferably by 2050" and that the country expects to beat its pledge to cut carbon emissions by 26% to 28% from 2005 levels by 2030.

Morrison is engaged in negotiations with the junior partner in his coalition government about strengthening Australia's climate targets.

Facing an election by May 2022, Morrison needs to appease moderates in his Liberal Party pressing for more climate action, but at the same time needs support from the rural partner in the ruling coalition, the Nationals, which is concerned about the impact of tougher carbon targets on farming and coal mining.

Morrison has been helped by the Australian arm of Rupert Murdoch’s News Corp, whose newspapers have endorsed pursuit of net zero emissions by 2050.

Morrison could also draw some support from the position taken by the Australia's leading business lobby group, which last week proposed a plan for a 46-50% emissions reduction by 2030, to put the country on an even faster path to net zero by 2050.

The proposal by the Business Council of Australia marks a sharp reversal from its stance four years ago, when it described the opposition Labor Party's policy to reduce carbon emissions by 45% by 2030 as "economy wrecking".