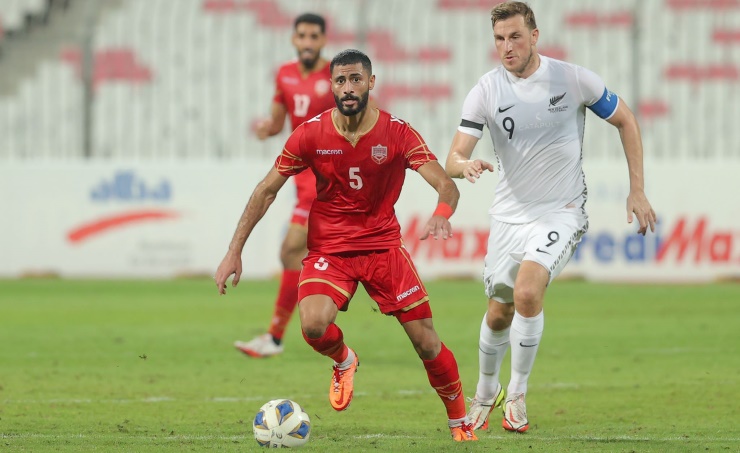 Niko Kirwan headed home in the 89th minute as New Zealand edged Bahrain 1-0 in an international friendly played at the National Stadium in Riffa last night.
Kirwan, who was introduced in the 73rd minute, scored from the edge of the six yard area, perfectly picked out by Liberato Cacace, to give the All Whites a morale-boosting victory against a higher-ranked opponent. Bahrain are ranked 91 on the Fifa world rankings while New Zealand are 121.
New Zealand were better in possession and stronger in defence during the first half, although they failed to convert their chances.
Bahrain played with an entirely new lineup, with 11 changes from the team that beat Curacao 4-0 in an international friendly last Wednesday.
The hosts were more effective after the interval, and a couple of substitutions helped them create two chances in quick succession before Kirwan’s introduction by the All Whites.
The friendlies are part of Bahrain’s preparations for their upcoming competitions, including the Fifa Arab Cup, which will be held from November 30 to December 18 in Qatar.
Bahrain will also be taking part in the AFC Asian Cup 2023 qualifying early next year.