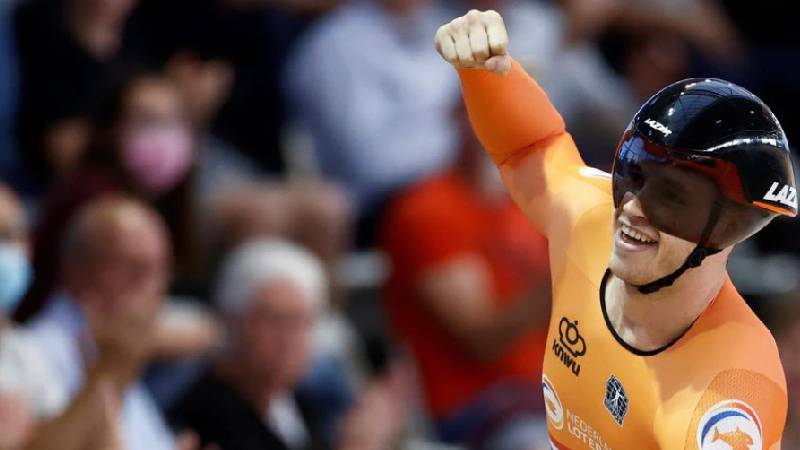 Flying Dutchman Harrie Lavreysen maintained his stranglehold on men's sprinting as he lit up the opening round of the inaugural UCI Track Champions League in Mallorca on Saturday.

The reigning Olympic and world champion claimed victory and maximum points in the sprint event although he was unable to follow that with victory in the keirin final as Germany's Stefan Botticher triumphed.

It was an encouraging opening night for the new series that cycling's governing body the UCI, in conjunction with broadcast partner Discovery Sports Events, believe will boost the appeal of velodrome racing outside of the big championships.

Dazzling light effects and an enthusiastic socially-distanced crowd of around 2,000 greeted 72 of the world's best riders, including many reigning and past Olympic and world champions, for the first of five rounds.

The simplified made-for-TV format features the sprint and keirin disciplines for the 18 male and female sprinters and the scratch and elimination races for the endurance specialists.

Points are awarded for each race, with 20 going to the winner, and tallied up throughout the coming rounds.

The overall sprint and endurance champions will receive 25,000 euros ($28,885) with equal prizemoney for the men's and women's.

Action continues in Lithuania at the end of the month followed by two sold-out rounds in London and a climax in Tel Aviv. A further round in Paris was cancelled.

The British rider, who won the madison title in Tokyo alongside Laura Kenny, beat old rival Kirsten Wild of the Netherlands in the elimination race to scoop 20 points.

New Zealand's Corbin Strong, recently crowned world champion in the points race, won a thrilling men's scratch race with a superb final lap, and later proved unbeatable in the elimination race to take an early hold on top spot with a maximum 40 points.