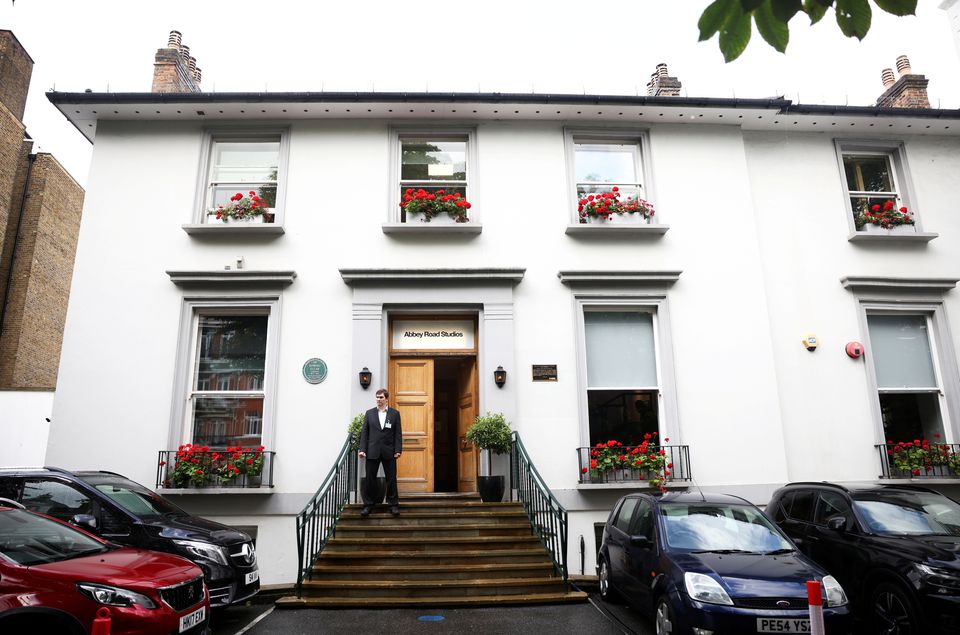 The entrance of the Abbey Road Studios, during a tour of the venue, on the day of its opening to visiting members of the public, London, Britain, August 9, 2021. REUTERS/Henry Nicholls/File Photo

London’s Abbey Road studios, where the Beatles, Pink Floyd, Amy Winehouse and Adele have made legendary recordings, is marking its 90th anniversary this week with a festival of events for the next generation of music makers.

Two-days of panels, listening sessions and talks aimed at people starting out in the industry will cover topics ranging from how to become a producer or engineer to understanding music publishing.

The "Amplify" festival, where guest speakers include record producer Steve Mac, composers Steven Price and James Newton Howard among others, follows other events earlier this week to mark the anniversary including listening parties and a photography panel.

"We do stand on the shoulders of giants, we've had so many amazing names through this place so we need to celebrate that," Isabel Garvey, Abbey Road Studios’ managing director, told Reuters.

While it has hosted a long list famous names and produced soundtracks for movies including “Star Wars” and “Indiana Jones”, Abbey Road Studios is also known for its innovation in music recording technology.

On show in studio Three on Thursday were a range of new creative tools including BrainRap, which listens to an artist singing or freestyling and immediately suggests words.
Built as a Georgian townhouse in 1831, no. 3 Abbey Road was converted into studios in 1929. It became EMI Recording Studios two years later.

"How are we going to be as famous in 90 years time? We need to capture the heart and minds of the next generation," Garvey said.
"We need to be really relevant, we need to be know how technology is evolving, how the world outside us evolving and keep going that way."