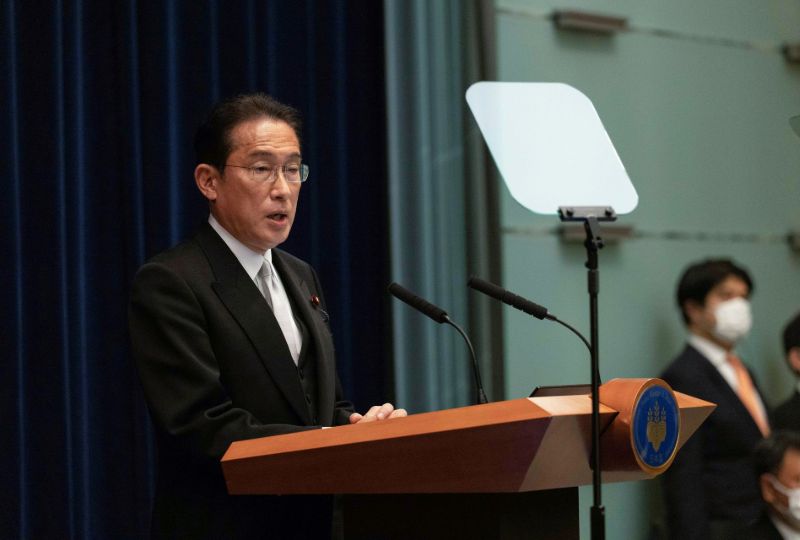 TOKYO - Japan said on Monday it would shut its borders to foreigners to prevent the spread of the Omicron variant of coronavirus, joining Israel in imposing some of the strictest border controls since the variant's discovery in South Africa.

Japan would bar entry to foreigners from midnight on Monday, and Japanese returnees from a number of specified nations would have to quarantine in designated facilities, Prime Minister Fumio Kishida told reporters.

"These are temporary, exceptional measures that we are taking for safety's sake until there is clearer information about the Omicron variant," Kishida told reporters.

"I'm prepared to bear all criticism from those saying the Kishida administration is being too cautious."

The move marked a rapid escalation of restrictions since Friday when Japan said it would tighten border controls on people arriving from six African nations, even though no cases of Omicron have been detected in the country and much about the new variant remains unknown.

Nations around the world have enacted border curbs since the WHO dubbed Omicron a "variant of concern." Japan's are among the strongest, following Israel in banning entry of foreigners, and Morocco which has halted all inbound flights for two weeks.

Health Minister Shigeyuki Goto said a traveller from Namibia was found to be positive for the novel coronavirus but further tests were needed to find out if it was from the new variant.

After a slow start, Japan's vaccination rate is now the highest among Group of Seven economies, and Covid-19 infections have fallen dramatically since a deadly fifth wave which peaked in August.

Even so, health experts are concerned about a possible rebound this winter, and a round of booster shots are scheduled to start next month.

The World Health Organisation (WHO) says it could take "days to several weeks" to determine the severity of the new variant in the absence of information that its symptoms differed from those of other variants.